Some time ago I heard a preacher speaking on God making us “kings and priests”.1  He explained the difference between a king and a priest and the tension between the two roles.  Kings, he said, are to function in the world whereas priests are to function in the church;  business people, who are to be kings, often feel out of place in the church and only wanted for their money, whereas preachers, who are to be priests, are often out of their depth in the world and in making money.  He felt the solution was for business people to recognise that as kings, they exist to give to the church so the preachers can do the priestly work. The King James Version is ambiguous here, hence this man’s confused premise and terrible application.  Of course kings and priests are different callings and there can be a tension between the two but every believer belongs to the “royal priesthood” and is to fulfil both. So we all have to learn the difference, the tension, and how to live.  How, for example, can we be priests “reigning on the earth” when Jesus said the greatest in His kingdom are actually the servants of all?2 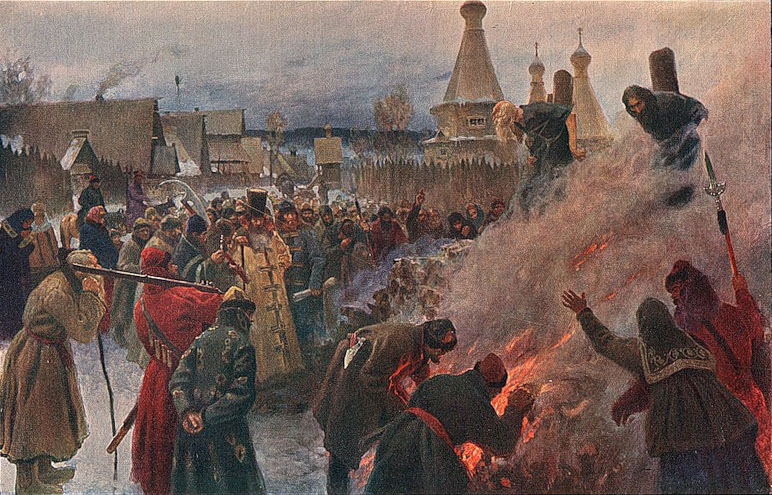 What Priestly Reigning Is Not
Considering the terrible plight of Iran and any nation today ruled by Islamic priests, we can easily blame Islam but eight hundred years ago in France and Spain, it was the rule of professing Christian priests that created the Inquisition.  Five hundred years ago, in merry England, Catholic priests were burning at the stake those who disagreed.  The term “priestcraft” was coined to describe this horrifying practice of priests using their supposed spiritual authority to manipulate secular leaders and to rule over gullible “lay-people”.  The Reformers weren’t much better, fiercely persecuting and drowning the Anabaptists over the issue of baptism, while the Swiss Calvinists had doctrinal opponents burnt at the stake, using green wood to slow their deaths.  As Blaise Pascal noted, “Men never do evil so completely and cheerfully as when they do it from religious conviction”!

In the 16th Century, the British Presbyterians tried to combat this error head-on, teaching the priesthood of all believers and diffusing leadership of every congregation to a number of elders (Gk presbyters).  The separation of church and state meant the end of deadly force against dissenters but, sadly, as the great English poet John Milton wearily pointed out, it was often the case that “New presbyter is but old priest writ large”.  The external practices and labels given to those dominating the people of God may change but their attitudes often continued unabated.  Our generation’s attitudes have been no better.  In the 1970’s, much of Western Christianity was afflicted by the errors of the Discipleship Movement and, I believe, it is only a matter of time before we will face it all again with only the names changed to disguise the error.  Let’s learn now how to avoid these mistakes.

Ruling Over Whom?
Over each other, of course.  At least, that’s what the twelve apostles thought and it caused them to argue among themselves from the beginning of their ministry3 until the Last Supper.4 For three and a half years, even with Jesus’ example of perfect leadership before their eyes, they just didn’t get it.  It actually takes a revelation before we can say with the Psalmist:

As for the saints who are on the earth, they are the majestic ones in whom is all my delight.5

The Twelve weren’t to rule over each other, or any adult “saints who are on the earth”, but to delight in them as “the majestic ones” and to be their servants. The apostles needed to see, as we all do, that any desire or attempt to rule over saints is, at heart, refusing to be a servant and becoming a usurper, thereby undermining the saints’ royal calling.  Jesus was warning the Pharisees of the dangers of their blindness as leaders6 when He spoke of the sheep-fold:

Truly, truly, I say to you, he who does not enter by the door into the fold of the sheep, but climbs up some other way, he is a thief and a robber…I am the door.7

The people of God are His sheep and if any of us approaches them “some other way”, we cease being like a shepherd and become “a thief and a robber”. We must enter the fold “by the door”.

What Does This Actually Mean?
Have you ever understood how Job felt when Bildad the Shuhite assured him that the death 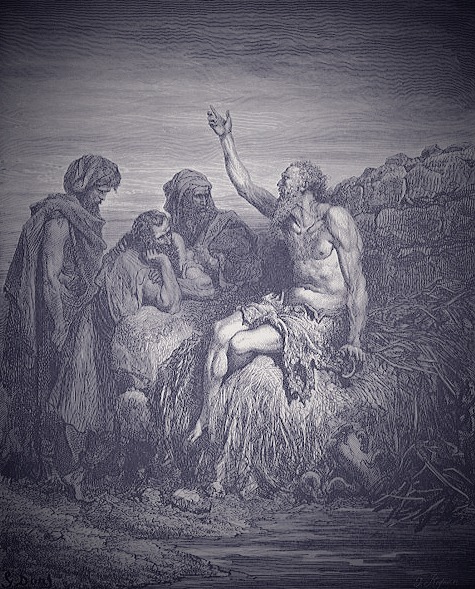 of his children was because of their sin, and the loss of all his possessions stemmed from his own wickedness?8 Or when Eliphaz the Temanite accused him of craftiness and ingratitude?9 Fortunately Job knew he was righteous10 but God had to severely rebuke his counsellors11 for robbing him of due kindness.12 We are to weep with those who weep until they can stand on their own again.

On the other hand, isn’t a relief when a friend patiently helps you see where you have gone wrong, restoring you to the peace of God or the company of alienated friends? Jesus is “the door into the fold” and this friend entered “through Him” and as a servant.13

Every saint needs to see clearly that if we allow anyone to rule over us, or not check that it is Jesus speaking through them, we are actually abdicating our calling and may be allowing them to plunder or defraud us.14 Martin Luther summarised this extraordinary paradox, writing On Christian Liberty:

Soon we’ll look at how leaders can be “servants of all” without being directionless or wimpish. This radical concept is often acknowledged but seldom actually understood or practised in the churches of God so let’s first consider His call to all adult saints to be kings so that we don’t unwittingly abdicate or cause others to abdicate.

So over whom are we to rule? John Newton put it well in his beautiful hymn, “Over Self to Reign as Kings”. Be honest with yourself now – did you think as I did initially? “That isn’t very much to reign over”.  But here’s a scary thought: only the self-righteous can think that isn’t very much!

Over Sin and Self
Of course, 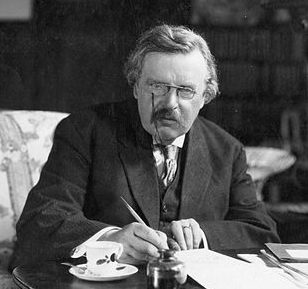 we are also to reign over creation, or rather our particular portion of creation,15 and over demonic powers,16 but we must start as close to home as you can get!

G.K. Chesterton once said, “The self is more distant than any star.  We can understand the cosmos but not the ego”. When he was asked to speak as briefly as possible on “What’s wrong with the world?”, he answered, “Me!” We can laugh and delight in his humility but do we really believe that of ourselves yet?

The Scriptures warn us that our worst enemy is actually the traitor inside us. Cain was warned that our sinful self is like a predator, “crouching at the door and its desire is for you, but you must master it”.17 He was being called to reign on the earth.  James the Lord’s brother tells us that we are only tempted when we are carried away and enticed by our own strong desires; when these desires conceive, they give birth to sin and when sin is accomplished, it brings forth death.18 Every time we sin, we have surrendered or abdicated our thrones to our own desires.

How did Jesus reign on the earth? By choosing to deny this self-will, by living a life of praying “Not My will, but Yours be done”.19 How did He avoid Satan’s tempting? By actually addressing the issues of temptation, as we see in the wilderness testing.20 He was able to say:

The ruler of the world is coming, and he has nothing in Me.21

How are we to reign? By aiming for the same and following His example. And we have much help available to us, if we are willing. Paul promises us that:

those who receive the abundance of grace and of the gift of righteousness will reign in life through the One, Jesus Christ.22

We need to drink deeply of His abundant grace for us and fully trust in His gift of righteousness so we can ‘reign in life’.  We need to resolve once and for all:

Are we indeed kings and servants of all? Have we lost sight of these kingdoms? Or are we thieves and robbers?