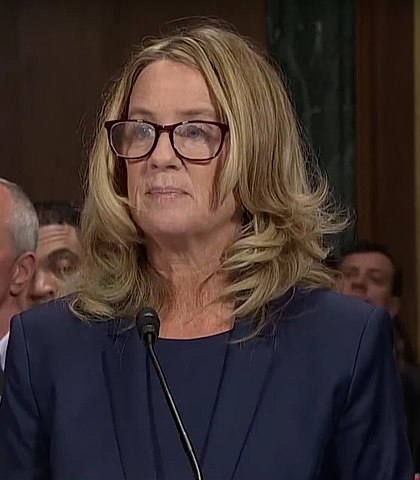 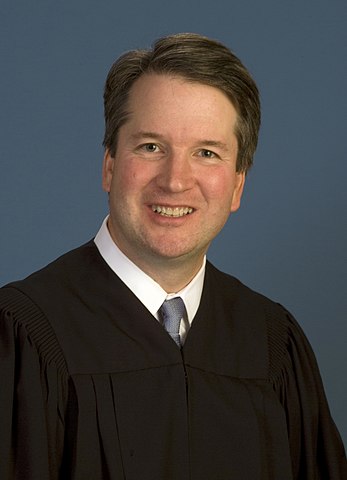 Having listened carefully to the testimonies of both Dr Christine Blasey Ford and Judge Brett Kavanaugh, I personally found them both sincere and credible. So, who should we believe and why? Tread carefully now – it’s quite possible we should believe them both and the problem is in our taking sides. There are, after all, four possible scenarios.

Scenario Two
Believe the best of Judge Kavanaugh and worst of Dr Ford – but she still might not be lying. She might be genuinely confused, led by her psychotherapist into believing a false memory. Isn’t it suspicious that the medical notes released to the Washington Post are being withheld from Congress’s authorised investigative staff?

I have two friends to whom exactly this happened. The first was a middle-aged woman who became convinced during therapy that as a child she had been molested by her father but had repressed such a horrific memory. The second, a man who came to believe in exactly the same way that his mother had molested him. Happily, before too much damage was done, in both cases, older siblings were able to prove these ‘memories’ were false, implanted by therapists’ suggestions.

The three eyewitnesses put forward by Dr Ford, Mark Judge, PJ Smyth, and her best friend at the time, Leland Keyser, all say they were not there. Ms Keyser adds that she’s never met Brett Kavanaugh at any time. This is particularly awkward for Dr Ford because she told Congress that she only went to the house because Ms Keyser was going to be there – either Ms Keyser is lying or Dr Ford misremembered. This scenario would explain why.

Scenario Three
Believe the best of Dr Ford and the worst of Judge Kavanaugh – but he still might not be lying. He might be genuinely forgetful from drinking too much.

There is also a plausible explanation which doesn’t excuse drunken stupidity. I went to two all-boys secondary schools, one Anglican and one Catholic, and was surprised to find I had an advantage because I had been to co-educational primary and intermediate schools so I knew how to at least relate to girls. The other boys often had no idea, becoming tongue-tied and awkward when we met up with girls’ schools for social events.

If Brett Kavanaugh was indeed in that upstairs room with Ms Ford and did what she says, it’s quite possible he didn’t know what to do – he was a 17-year-old virgin. I found myself in exactly this position at age 16. After all, where do boys at an all-boy Catholic school learn about girls? They don’t want to talk to parents or teachers, leaving them with only dirty magazines, or ‘boys’ talk’, filled with bluff and bluster, or trial and error if they can find a willing girl?

Remember, Dr Ford testified that when Mark Judge intervened, she escaped and the two boys went bouncing downstairs laughing, to rejoin the party. Does this point to their being rapists or stupid boys horsing around? She can’t be blamed for misunderstanding their intentions but she clearly could have misunderstood what was, to them, simply youthful fun. 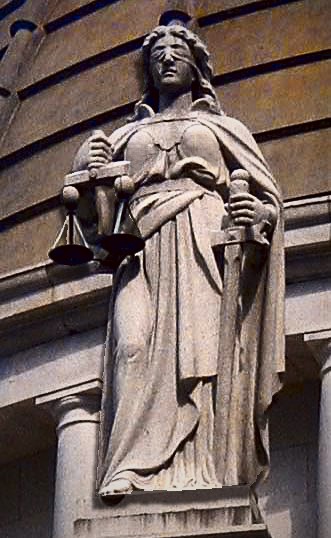 If they ever were in the same room, which is denied by the three named as eyewitnesses, and yet a 17-year-old Brett Kavanaugh did drink too much and did clumsily try to grope a 15-year-old Christine Ford, what would they remember? She, that he was trying to rape her, and he, that he has never tried to rape anybody anytime.

Emotional vs. Rational Truth
There is also a legitimate tension between what some call ‘emotional truth’ and ‘rational truth’. Those weeping at Dr Ford’s testimony want us all to believe her, regardless of the lack of any corroboration; those outraged at Judge Kavanaugh’s predicament want confirming evidence. Both sides have a fair point to make as intuition and reason can be valid but we have to move beyond grief and outrage to a fair process for all.

Nobody likes a witch-hunt – or do we? How little we and the protestors chanting, “We believe survivors! We believe survivors!” have learned from the infamous Salem witch-hunts – it was the testimony of ‘survivors’ and a medical ‘expert’ who authenticated their ‘affliction’ that led to over two hundred people being accused, twenty of whom were hanged, one was pressed to death for refusing to plead, and five died in jail.3 It could have all been avoided if they had not believed the survivors quite so much, dampened down the hysteria, and followed due process. 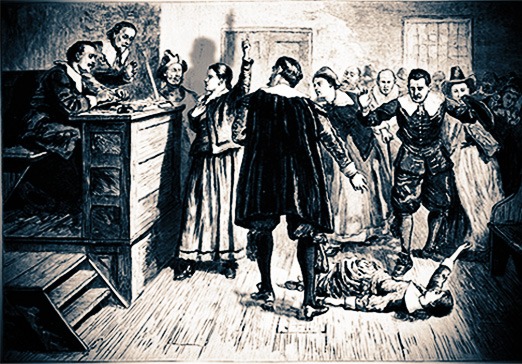 It took thirteen years for Ann Putnam to come to her senses:

I desire to be humbled before God for that sad and humbling providence that befell my father’s family in the year about ninety-two; that I, then being in my childhood, should, by such a providence of God, be made an instrument for the accusing of several people for grievous crimes, whereby their lives was taken away from them, whom, now I have just grounds and good reason to believe they were innocent persons.

Earlier though, in 1695, Thomas Maule wrote in his Truth Held Forth and Maintained:

It were better that one hundred Witches should live, than that one person be put to death for a witch, which is not a Witch.

Surely none of us want this to ever happen again but look at the hysteria whipped up by the media today around the Kavanaugh confirmation hearing. Today’s chant, ‘We believe survivors! We believe survivors!’, is a catch-cry of Salem. Let us be absolutely clear – when Judge Kavanaugh is called on to prove his innocence, even to give his answers before his accuser’s given her evidence, he is presumed guilty.

Presumption of Innocence
The presumption of innocence is an essential part of liberal democracy, as much here in NZ as in the USA, so none of us can dare be complacent on this issue. As I’ve shown elsewhere, what we today have incorrectly been told are self-evident truths, slowly and painfully emerging since the Enlightenment, are actually revelations made to Moses in the wilderness of Sinai in about 1446 BC. These revelations have to be maintained in the face of unrelenting attack – every society has to recognise them, uphold them, and defend them, to maximise freedom for any and every individual.

Consider what Moses was told regarding accusations: 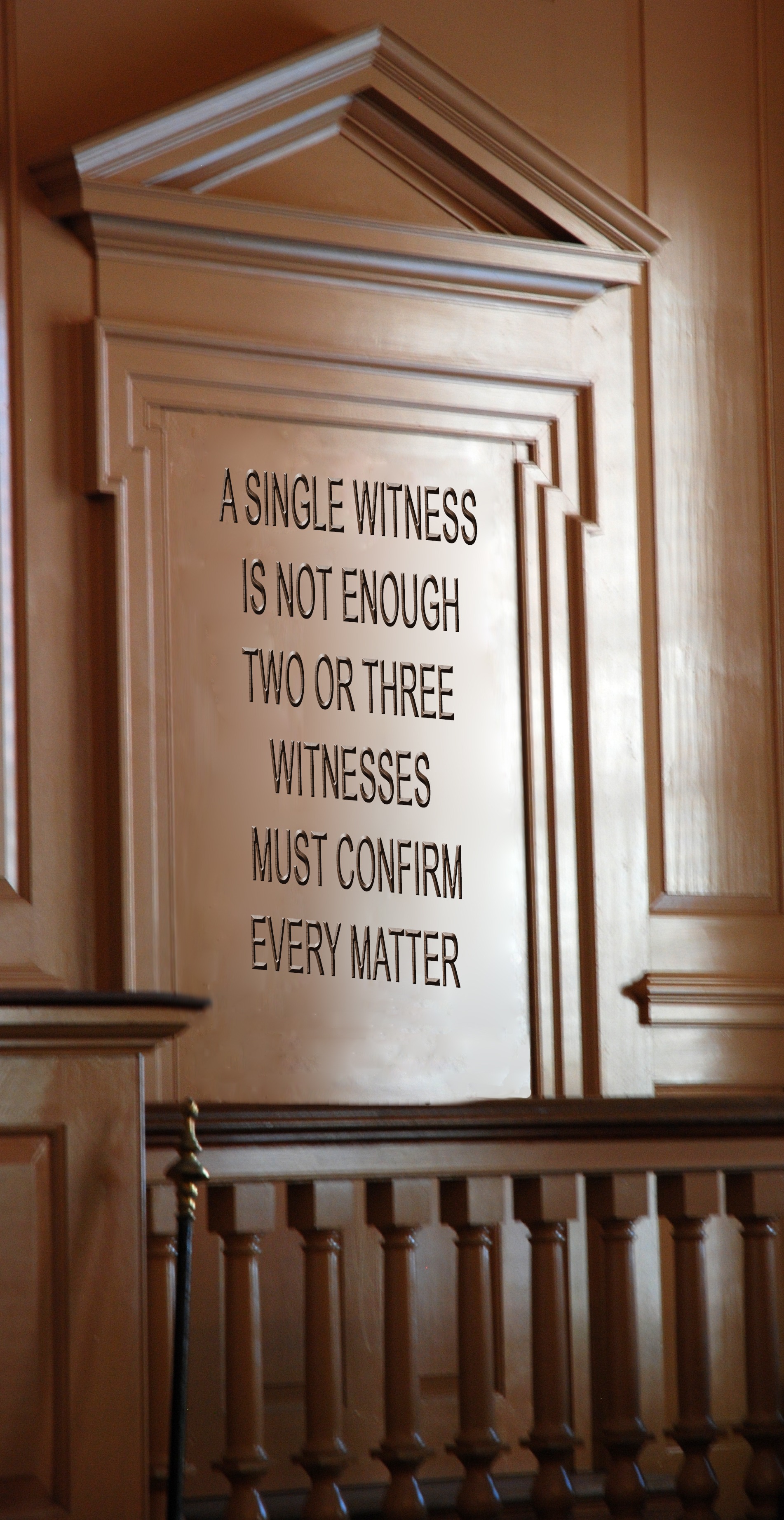 A single witness shall not rise up against a man on account of any iniquity or any sin which he has committed; on the evidence of two or three witnesses a matter shall be confirmed 4

Notice, the loving presumption of innocence. An accusation, even if it is true, must be confirmed by evidence. The testimony of just one person is not enough to override the presumed incidence – two or three witnesses are the minimum requirement for justice

This necessarily means that some guilty people will go free simply because only one person saw their wrongdoing but God Himself considers it worthwhile our paying that price to avoid any innocent parties being wrongly punished. And didn’t we all agree with Thomas Maule’s comment above that it’s better a hundred guilty go free than one innocent not? And, of course, on the Last Day, no guilty person will ultimately go free.

Jesus’ Example
Jesus knew and lived according to this revelation, not only for justice but also as the way to find truth in any area:

If I alone testify about Myself, My testimony is not true [i.e. valid]5

He therefore urged His hearers to listen to the evidence of many witnesses, ranging from John the Immerser to our heavenly Father,6 from His behaviour7 to the Scriptures,8 especially the prophecies of Moses.9 In fact, throughout the New Testament, Deuteronomy 19:15 is held up as the way to find or establish what is true, by Jesus,10 Paul,11 and the writer of Hebrews.12

We are never to judge without hearing both sides of any issue, as Solomon warns us:

The first to plead his case seems right, until another comes and examines him 13

Every witness should be thoroughly cross-examined and we should simply not judge before hearing all the evidence:

He who gives an answer before he hears, it is folly and shame to him 14

By this standard, how many of us have acted foolishly and shamefully this week? It’s no excuse that our media have breathlessly urged us on.

So… Brett Kavanaugh?
So what should happen with regard to Judge Kavanaugh? Obviously, the Democrats and the media will not be happy with the FBI’s supplementary investigation finding no more evidence against him but unless Dr Ford can provide the date, the place, and any witnesses who can corroborate her testimony, nothing more can be done. If Judge Kavanaugh did grope her, a guilty man will go free. That’s the price we all have to pay to ensure none of us lose our liberty without due cause or process.

And what could he be guilty of exactly? Being a drunken 17-year-old boy, trying his luck with a 15-year-old Christine Blasey Ford thirty-six years ago. Is that enough to bar him from the Supreme Court after decades of devoted and blameless public service as attested by hundreds of women? Or should he be forgiven, even if he doesn’t remember? Personally, I lean to the latter.

Lastly, we all need to recognise the benefits of, and the tension between, intuitively discerning what is true and evidence-based reasoning of what is true. We all need to recognise truth for ourselves and honour the process of establishing it, in our courts, newspapers, social media, and in every relationship – and, just as importantly, to stand against the spreading irrational rush to judgement and hatred of our days, giving each other the benefit of the doubt.

Being unwilling to believe the best of both, before all the evidence is heard, is not only unloving but also a very big log. It makes us at least one-eyed and, I believe, explains why this hearing has so polarized the USA and their media is as hysterical today as Salem’s populace was three hundred years ago.