Given the present world-wide media focus on the Israeli-Palestinian conflict, it seems odd to me that so little background analysis to these events is being offered. It does, however, explain the almost instantaneous widespread condemnation of Israel – isn’t it a matter of simple justice that we make our judgments after we’ve heard all the evidence?

As a nation, we New Zealanders pride ourselves on our ethos of a fair go. Shouldn’t we then at least listen to the whole story rather than the truncated version? Of course the Palestinians should be treated justly – no-one is suggesting otherwise – but shouldn’t the Jews be too? Not the justice long overdue them after 3,500 years of unrelenting genocidal attacks, persecution and pogroms, Crusades and Inquisition, nor even the Holocaust: Israel has a right to exist even if we limit our consideration to just the last 100 years in the Middle East.

Most of us only know about Palestine, Israel and the creation of the Palestinian refugee crisis through what we’ve been told by a television screen showing dead or wounded children and a voice-over blaming Israeli “occupation” of Palestinian land. One picture is indeed worth a thousand words but a picture can also tell a thousand lies. We need to understand the context of what we’re watching.

I don’t expect our news media to accept any of the voluminous Biblical evidence for Israel’s covenantal right to exist as a sovereign state – many Christians today wrongly, in my opinion, dispute that too – but couldn’t they at least consider the Jewish situation in the light of the Arabs already having twenty-one sovereign states? Palestine will simply be number twenty-two. And as for the claim that a Jewish state is necessarily racist, are we also worried about the vastly bigger issue of 21, soon to be 22, Arab states? In fact, it would be racist to argue for Palestine’s existence. If we’re bothered by Judaism being dominant in israel, are we also bothered by 57 other countries calling themselves Islamic? Or India and Nepal saying they’re Hindu? 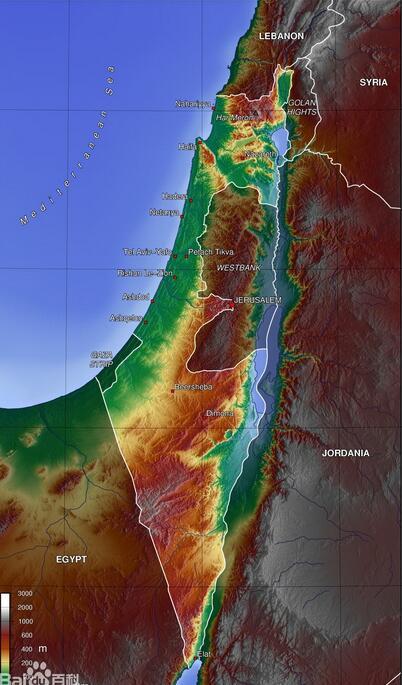 Our news media also seem completely beguiled by the narrative which portrays 1948 as the beginning of troubles, the Nakba or Catastrophe, as Arabs today describe the creation of the Jewish state and the displacement of Palestinians. Yet it is this truncated view that sets us up, at best for irrational judgments, or at worst for the blatant anti-Semitism prevalent today. Of course, those advocating only for the Palestinians today have to pretend it all started in 1948. After all, if anyone bothers to look back thirty years, they may well end up with a very different perspective on today’s events.

In 1918 the Ottoman Empire lost control of the Middle East and a new era began. Their mostly Arab subjects had chafed under the Turkish yoke for some four hundred years so the British dismembered that empire into autonomous Arab states: Saudi Arabia, Syria, Lebanon, Iraq, Kuwait, Yemen, Oman and the Gulf States. Today, the Arab nations, including North Africa, occupy some 13,333,296 sq kms. However, in 1920, the British Secretary of State for Foreign Affairs Lord Arthur Balfour warned:

So far as the Arabs are concerned, I hope they will remember that it is we who have established an independent Arab sovereignty of the Hedjaz. I hope they will remember it is we who desire in Mesopotamia to prepare the way for the future of a self-governing, autonomous Arab State, and I hope that, remembering all that, they will not grudge that small notch – for it is no more than that geographically – that small notch in what are now Arab territories being given to the [Jews].[1]

And the “small notch” was to become even smaller. 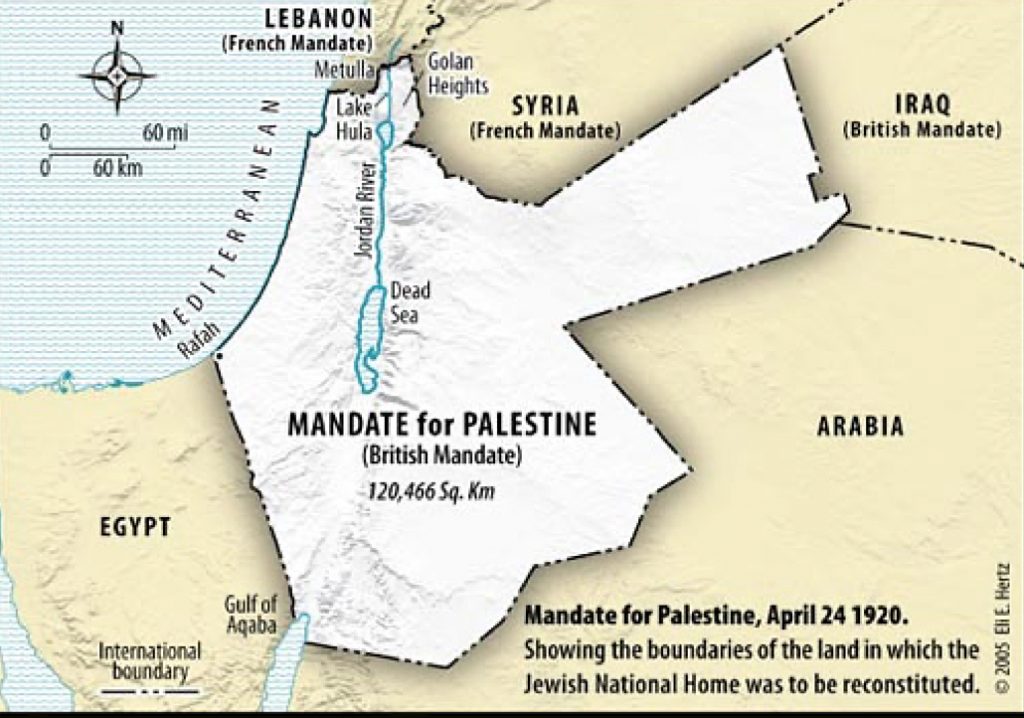 As a matter of simple justice, shouldn’t the Arabs indeed remember that the British, whom they resent for giving any land at all to the Jews, gave the Arabs all of the sovereign states they have in the Middle East today? That the Arab Nation (comprising 21 countries) already has a land area 500 times the size of Israel and, with another Palestine being sliced off, that will increase to 950 times? That they were given 77% Mandatory Palestine in 1922 and renamed it the Hashemite Kingdom of Jordan? Why then are they begrudging the Jews even the 23%? Is it fair to now reduce that to 13%? 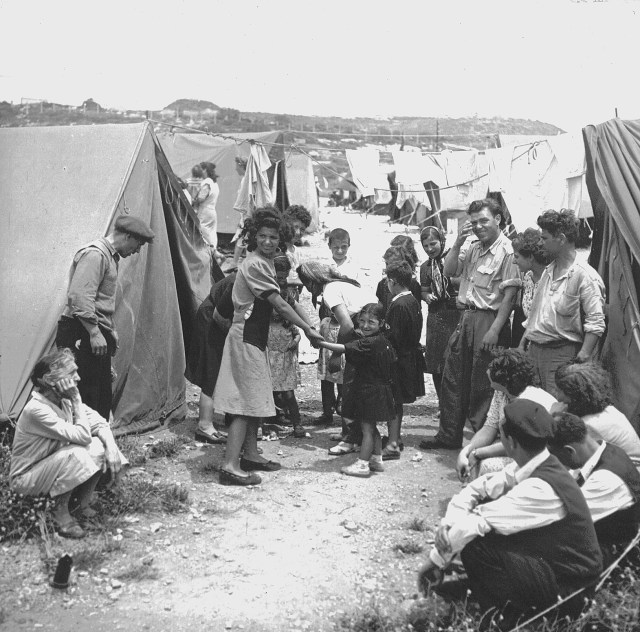 As for the refugees, because the creation of Israel in 1948 created 711,000 Palestinian refugees,[2] many demand that Israel accept them all back. However, if that’s fair, what should be done for the 856,000 Jewish refugees driven out of the Arab nations at that time?[3] These Jewish refugees left not only frozen bank accounts, homes, businesses and other assets but also an estimated 100,000 sq kms of Jewish-owned land, i.e. almost five times the size of the State of Israel (20,770 sq kms).[4] Wouldn’t simple justice factor in their displacement as well as that of the Palestinian refugees?

So… what happened to all these refugees? Almost a third of the Jewish refugees fled to Europe or the USA but some 600,000 were absorbed into Israel and the last refugee camp there closed in 1958. The 711,000 Palestinian refugees, however, were turned away by their fellow-Arabs and there are now 5.7 million, and 58 refugee camps requiring permanent international aid.[5]

Was it asking too much of the Arabs to accept their half-share, as the Jews did, in this population transfer of 1.6 million Jews and Arabs? After all, in other spheres of brutal antagonism, separation was considered the only possible solution. In 1923, the Treaty of Lausanne required the expulsion of 1.5 million Greeks and Christians from Turkish territory, and 800,000 Turks and Muslims from Greek territory; the 1947 partition of India, to halt Hindu-Muslim warfare, required 14 million people to change homelands, 7 million Muslims moving to East and West Pakistan from India and 7 million Hindus and Sikhs from Pakistan to India.

Isn’t it racist to believe that Arabs can’t be as compassionate and accepting of their refugees as the Greeks, Turks, Indians and Pakistanis? Should the Jews alone accept responsibility for all of the 1.6 million Arab and Jewish refugees who wanted to stay in the Middle East in 1948? Is it really Israel’s fault that their often ostentatiously wealthy Arab neighbours prefer to corral the Palestinian refugees into 58 permanent refugee camps? Or even to massacre them, as they did in Jordan during Black September in 1970 and Lebanon in 1992? Vastly more Palestinians have been killed by their Arab brothers in the last 100 years than ever by Israel – why don’t we care about them?

Shouldn’t we apply some simple justice for all, Palestinians and Jews?

Maybe the next time we see Israel being summarily condemned in the media, we should pause for thought.