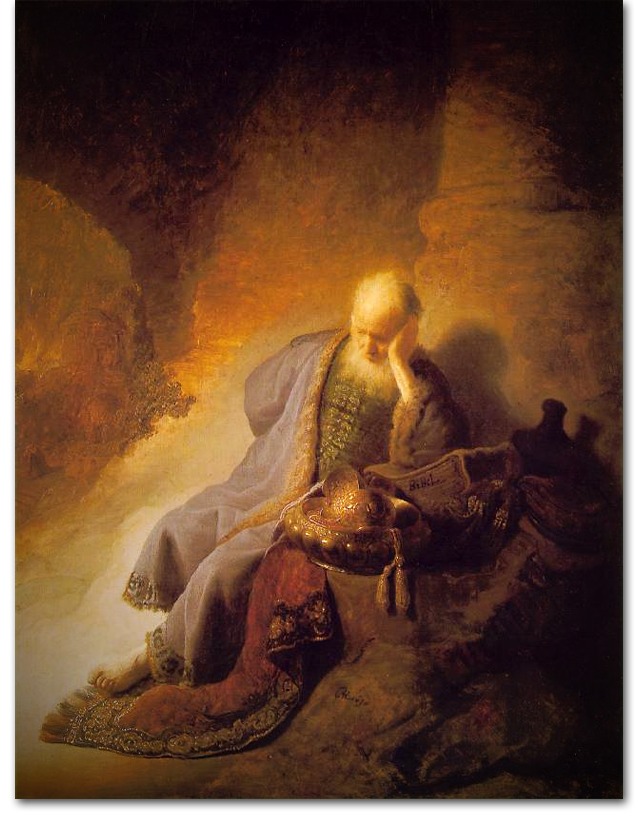 Futurists and Dispensationalists believe the three and a half period will be a literal future time called, in the English of the KJV, “the time of Jacob’s trouble” or the Great Tribulation. They get the phrase from Jeremiah:

“Alas! for that day is great,
There is none like it;
And it is the time of Jacob’s distress,
But he will be saved from it.”1

So was Jeremiah predicting a terrible time still in our future, more than 2,500 years later, or was it before Jesus was born? How does the FCJT approach resolve this?

Context
Consider this verse in context. Jeremiah was prophesying immediately prior to the Babylonian exile in the 6th Century BC and this particular prophecy begins by promising Israel that they would be restored from it (Jer 30:1-3). He even knows when that will be because of his previous prophecy:

“For thus says the LORD, ‘When seventy years have been completed for Babylon, I will visit you and fulfill My good word to you, to bring you back to this place’.”2

However, in 30:4-5, Jeremiah continues, prophesying a time when all the men of Israel would be in “terror” and “dread” with “no peace” again; they will be “as a woman in childbirth” (v. 6). “That day” will be “the time of Jacob’s distress” but Jacob will “be saved from it” (v. 7). Jeremiah then makes a spectacular promise:

“On that day”, God will set them free from a “yoke”, “bonds”, and being made “slaves” so that they can “serve the Lord and David their king”, i.e. restoring the Davidic lineage. So when is that day? Still in the future or has it already happened?

Jewish History
Consider Jewish history from Jeremiah to Jesus, as known by every 1st Century Jewish teenager. Even after the Babylonian exile, when the remnant returned to the Promised Land they remained under Medo-Persian domination. Hear their prayer as recorded by Nehemiah: 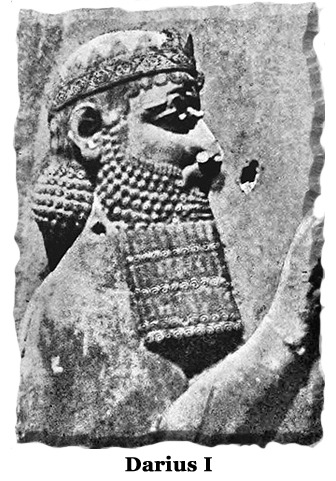 37. “Its abundant produce is for the kings
Whom You have set over us because of our sins;
They also rule over our bodies
And over our cattle as they please,
So we are in great distress.”3

Even though the returnees were back in the Promised Land, they were in “great distress” because the Persian “yoke”, “bonds”, and enslavement. The Persians still “ruled over their bodies”, drafting them into military service with some being in Xerxes’ army when he invaded Greece in 480 BC. Then when the Greeks defeated the Persians in 331 BC, Israel was subject to the Greeks and their humiliation was completed by Antiochus IV in 168 BC, setting up the ‘abomination of desolation’, a statue of himself as Zeus, in the Temple and sacrificing a pig on the bronze altar.4 After a brief respite thanks to the Maccabees, the Romans under Pompeii invaded Israel in 63 BC and he too desecrated the Temple by entering the Holy of Holies.

This was “the time of Jacob’s distress” and it was their remaining under Gentile domination: they had lost their sovereignty and the Davidic dynasty. They even knew why. As the Jewish leaders acknowledged, it was “because of our sins” (v. 37 above). Where then was the promised freedom and Davidic restoration? That came in 26 AD:

Here was the promised Son of David offering them freedom and salvation from their sins but they had forgotten not only that they were actually under Rome’s yoke, bonds, and enslavement but also that their sins were the cause of Jacob’s trouble or distress. Tragically, most turned away from Him.

“A Woman in Childbirth”
Jeremiah had also prophesied that Israel would be “as a woman in childbirth” (Jer 30:6), just as John saw in Revelation 12, immediately prior to Jesus’ birth. The time of Jacob’s distress turns out to be Israel’s birth-pangs, as Micah also saw:

2. “ But as for you, Bethlehem Ephrathah,
Too little to be among the clans of Judah,
From you One will go forth for Me to be ruler in Israel.

His goings forth are from long ago,
From the days of eternity.”

3. Therefore He will give them up until the time
When she who is in labor has borne a child.
Then the remainder of His brethren
Will return to the sons of Israel.

4. And He will arise and shepherd His flock
In the strength of the LORD,
In the majesty of the name of the LORD His God…6

Now consider this: when did God ‘give them up’ (v. 3)? Micah was prophesying immediately prior to the Assyrian invasion in the 8th Century BC and that began the slow decline of the nation of Israel. They had entered the Promised Land, following Joshua in 1406 BC, and after four hundred years, they had reached their apex under the glorious reign of Solomon and the building of the Temple. After Solomon’s death and the nation’s split into two, they never regained that height.

As Micah predicted, God gave them up to first the Assyrians, then the Babylonians, then the Medo-Persians, then the Greeks, then the Romans. After being a sovereign nation for their first four hundred years of freedom, they spent the next seven hundred years under Gentile domination… until Jesus was born, the Son of David and the Good Shepherd. This is why Zacharias prophesied:

68. “Blessed be the Lord God of Israel,
For He has visited us and accomplished redemption for His people,
69. And has raised up a horn of salvation for us
In the house of David His servant –
70. As He spoke by the mouth of His holy prophets from of old –
71. Salvation FROM OUR ENEMIES,
And FROM THE HAND OF ALL WHO HATE US.”7

This is why, after Jesus was resurrected, the disciples asked Him:

“ Lord, is it at this time You are restoring the kingdom to Israel?”

We see then that “the time of Jacob’s trouble” actually lasted from the end of the Babylonian exile until Jesus came and restored the house of David to the throne. And every 1st Century Jewish teenager who trusted in Him would have known this.

Could Jeremiah 30:7 be recapitulated in a future literal time period of three and a half years? Yes, but it is unlikely, as I see it – we don’t have to wait for a future seven year period for the Antichrist to fulfill Daniel 9:27 because Jesus has already fulfilled it. If that’s right, we are even closer to the Second Coming than Dispensationalists and Futurists believe.

Bethlehem: By Cornelis de Bruijn – This file was provided to Wikimedia Commons by Geographicus Rare Antique Maps, a specialist dealer in rare maps and other cartography of the 15th, 16th, 17th, 18th and 19th centuries, as part of a cooperation project., Public Domain, https://commons.wikimedia.org/w/index.php?curid=14619576