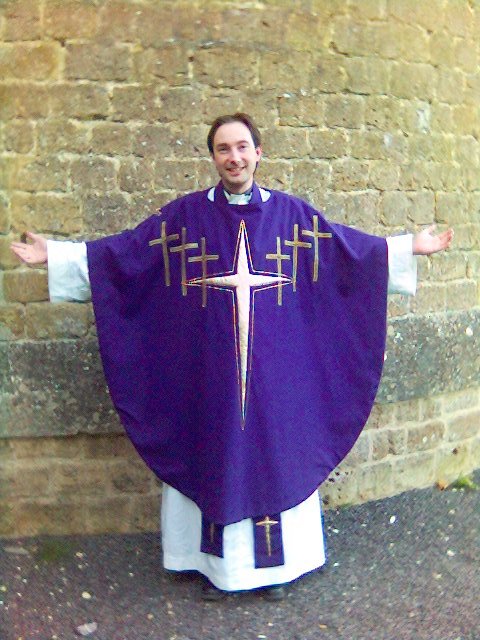 Definition
As we have seen, the history of the word “priest” is chequered.  Derived from the Greek word “presbyter”, or elder, it is taken by most professing Christians today to mean:

(i) the man in charge of a congregation,
(ii) in full-time service and
(iii) the only one able and authorised to sanctify the sacraments.

I say “most” because this is the official doctrine of the Roman Catholics (1.3 billion) and the Eastern Orthodox (300 million). In recent years, the Anglicans (85 million) have softened their priestly requirements to include women.

However, all three points are Biblically wrong – these ideas are simply barnacles that have grown on the hull as the church has passed through time.

Other denominations have avoided the term but, in my view, by neglecting it they have virtually negated it. For example, if you the reader consider yourself a Protestant and holding to the priesthood of all believers, do you administer the priestly sacraments of bread and wine, water, oil and prayer? As a priest, you should.

This is where we must be as “noble-minded” as the Berean Jews:  listening eagerly to anyone’s testimony of God, we are each to “search the Scriptures daily to see whether these things are so”.1 We all need to be kingly enough to “search out a matter”, until we are so convinced of the truth we can and do live accordingly. 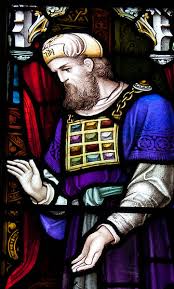 Our Priestly Role
We’ve also seen that all believers, whether male or female etc, are “a royal priesthood” but what exactly are we to be? Firstly, none of us is, nor ever will be, the High Priest. Jesus alone is and ever will be, doing what we can never do.2 In His unique work, He was prefigured by Aaron, Israel’s first High Priest, while our role was prefigured by the rest of the Levitical priesthood. Their work over some 1,500 years wonderfully illustrates three basic aspects of our identity or calling which we may need to develop or practise: oracle, instructor, and offerer of sacrifices.

(i) Oracle The Hebrew word for priest, khn, is the origin of family names like Cohen, denoting to this day the descendants of Aaron and it derives from “seer” or oracle. In ancient times, a seer was one who could “see” the spiritual realm when others couldn’t; an oracle was someone who gave advice or a prophecy from a divine source. The Greek word, hiereus, similarly describes those set apart, empowered and “equipped to mediate dealings with the gods”, a “seer” of spiritual realities.3However, this calling changed dramatically in the 1st Century as Jesus told His disciples:

Are you a disciple of Jesus? Have you seen who Jesus is, begun to see the kingdom of God? Then you too are blessed, set apart, and it may be that you only need more equipping to “mediate dealings” with God. This is why He gave us “some apostles, and some prophets, and some evangelists, and some as shepherds and teachers, for the equipping of the saints for the work of service”.5

We are all to share our faith with any of our unbelieving family members, neighbours, and workmates.6 Paul likewise urges us all to prophesy7 and Peter encourages us to “speak, as it were, the utterances [lit. oracles] of God”.8

So, are you walking in this aspect of your calling as a priest? If not, until you are, your focus should be on getting equipped by whoever you can see is effective in this area.

(ii) instructor By the time of Jesus, the instructors in the Law were the scribes, even teaching the priests, but God’s original intention was that “the lips of a priest should preserve knowledge, and men should seek instruction from his mouth”.9

The Letter to Hebrews urged the 1st Century Jewish saints to grow up into their calling:

Though by this time you ought to be teachers, you have need again for someone to teach you the elementary principles of the oracles of God, and you have come to need milk and not solid food.10

The “oracles of God” here refers to the Scriptures. If we too have this need, let’s identify it as such and seek to learn “the elementary principles”, as spelled out, for example, in Hebrews 6:1-2. See also: Milk or Meat? Why We Aren’t Growing Spiritually

(iii) Offerer of sacrifices The Levitical priests offered animal and grain sacrifices and incense in the Tabernacle and the Temple. All these offerings foreshadow and illustrate in great detail spiritual realities, some already fulfilled by Jesus and some yet to be fulfilled by us. As Peter writes:

You also, as living stones, are being built up as a spiritual house for a holy priesthood, to offer up spiritual sacrifices…11

Every detail of these sacrifices is therefore significant but, for now, let’s look at an overview of just two: the incense and the burnt offerings. 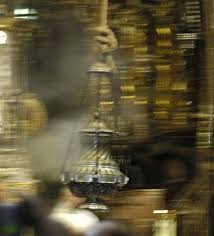 Incense
Incense in the Tabernacle and Temple was a holy sacrament, strictly limited to the priests, so Zacharias, father of John the Baptist, was “performing his priestly service” when he entered the temple of the Lord to burn incense.[ref] Luke:8 [/ref] The incense specified by Moses was a mixture of beautiful fragrances: spices, stacte, onchya, galbanum and frankincense12 and, being holy, it was not to be used for any other purpose.13 Those of us from Catholic, Orthodox or High Anglican backgrounds may have vivid memories of our priests waving burning censors from which billowed clouds of smoking frankincense and myrrh – fragrances have a particular ability to be memorable.

Not only was its use strictly limited to the house of God but only priests could offer it. Uzziah had been a very successful king of Judah…:

But when he became strong, his heart was so proud that he acted corruptly, and he was unfaithful to the LORD his God, for he entered the temple of the LORD to burn incense on the altar of incense…14

They tried to warn him:

It is not for you, Uzziah, to burn incense to the LORD, but for the priests, the sons of Aaron who are consecrated to burn incense. Get out of the sanctuary, for you have been unfaithful and will have no honour from the LORD God. But Uzziah, with a censer in his hand for burning incense, was enraged; and while he was enraged with the priests, the leprosy broke out on his forehead before the priests in the house of the LORD, beside the altar of incense… because the LORD had smitten him.15

Now these things happened to them [Israel] as an example, and they were written for our instruction, upon whom the ends of the ages have come.16

So what should we learn from this? That God is fiercely protective of our calling as priests and so should we be, every one of us who is trusting in Jesus! We should therefore be offering incense, but, in what way? Literally, with spices, stacte, onchya, galbanum, and frankincense? No, because as Peter says, we are to offer “spiritual sacrifices” in His “spiritual house”. We can easily get the wrong impression that this is somehow less substantial but the Law’s fragrant smoke was only a foreshadowing, a mere shadow, cast ahead of time to point to the more substantial reality.17 Incense was to illustrate for you and me a vastly more important spiritual reality, as David reveals in Psalm 141:2: 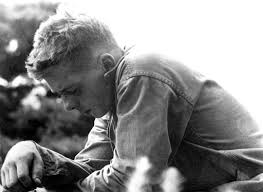 May my prayer be counted as incense before You; the lifting up of my hands as the evening offering.

Likewise, in the Book of Revelation, John sees in the spiritual realm “golden bowls full of incense, which are the prayers of the saints”,18 and, “as for the saints who are in the earth, they are the majestic ones in whom is all my delight”.19

What is this telling us about our prayers, yours and mine? That God not only loves every one of us but that He also loves to hear our voices as we call on Him, whether in worship, supplication, thanks, intercession, or even legitimate complaint.20

Saints, whenever we pray in Jesus’ name, like Zacharias we are “performing our priestly service” in the temple of God made of “living stones”21. This is why Paul saw it as such a high priority for us:

First of all, then, I urge that entreaties and prayers, petitions and thanks-givings, be made on behalf of all men, for kings and all who are in authority, so that we may lead a tranquil and quiet life in all godliness and dignity. This is good and acceptable in the sight of God our Saviour, who desires all men to be saved and to come to the knowledge of the truth.22

Burnt Offerings.
Today we may jokingly apply this term to failed baking, but “the evening offering” to which David referred while “lifting up [his] hands” in Psalm 141 was the burnt offering of a whole lamb, sacrificed in the evening,23 i.e. at the start of the Jewish day.24

To grasp the seriousness of this, consider that in the Septuagint, i.e. the Greek translation of the Hebrew Bible, the word for the burnt offering is “holocaust”.  The only way the Jewish people can make sense of Hitler’s Holocaust is to see themselves as burnt for God. 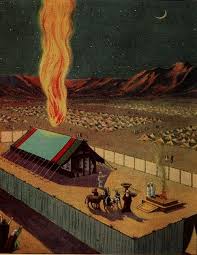 We who are Christians also cannot take this lightly because whole burnt offerings symbolise the presenting of ourselves to Him in every aspect of our being, body, soul, and spirit.25 However, whereas the literal offering was killed before being placed on the altar, Paul exhorts us all to present ourselves to God as “living sacrifices”.26 Later in the same letter, Paul reveals this spiritual reality was also his motive for evangelism, when we are to urge others to present themselves to God as “living sacrifices”.27

Like the incense, Israel’s burnt offerings were also to be offered only by the priests. Like Uzziah, Saul lost his kingdom when he refused to wait for Samuel and instead offered the burnt offerings.28

Israel were always to present their burnt offerings at the Tabernacle while in the wilderness, or at the Temple in Jerusalem after that was built by Solomon. However, as Jesus explained to the Samaritan woman:

This means that whenever we come before Him in spirit, anywhere on the earth, whenever we are helping others to do likewise, we are being priests.

These are just two of the “spiritual sacrifices” we are to offer as a holy, royal priesthood and, on another time, we will look more closely at these and the other sacrifices but next, we will consider the modern-day sacraments every saint should be administering.