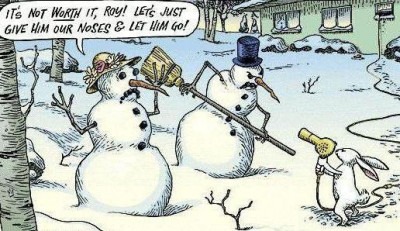 Part 1. Peacemakers – “A Time For Everything”
Sometimes, as Mrs Roy says above, fighting back is just “not worth it”! In Solomon’s famous words: 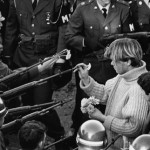 I have always loved the concept of peacemakers and peacemaking. One of my most vivid and fondest memories of the anti-war movement of the 60’s and 70’s was watching an American TV news clip of flower-carrying protesters walking up to a line of National Guardsmen and carefully placing carnations in the barrels of their rifles.

I sang Joni Mitchell’s song of her Woodstock dream of “the bombers flying shotgun across our skies turning into butterflies above our nation”… but the bombers are still flying. As Larry Norman said, “The Beatles sang, ‘All You Need Is Love’, and then they broke up!” Obviously, we need more than love.

We are not peacemakers simply because we love each other, love the concept of peace, dream of it and sing of it. When Jesus approached Jerusalem, He saw the city and wept, saying:

“If only you had known in this day, even you, the things which make for peace!”2

They didn’t know “the things that make for peace” and I think we usually don’t either.

Actually, I’m not sure most of us even care until we need some peace ourselves, until we’ve been on the receiving end of even prophets and priests who “heal the brokenness of My people superficially, saying, ‘Peace, peace’, but there is no peace”.3

Of course, peace can flee because of grief and heart-break, much of which can only be healed by time and the hand of God. In those times, He alone can give us a peace that surpasses all understanding4 but what of the times when He calls on us to make peace? Do we know “the things that make for peace”? Well, here’s one.

Let’s consider this further, from the most sublime situation of making peace with God to the most apparently ridiculous of when you are breaking up a fight between your two toddlers over whose turn it is on the swing.

A Tale of Two Seas
In the spiritual realm, there are two seas. The first is described by Isaiah:

Peace, peace to him who is far and to him who is near”, says the LORD, “and I will heal him.” But the wicked are like the troubled sea, For it cannot be quiet, and its waters toss up refuse and mud.“There is no peace,” says my God, “for the wicked”.5

Notice that God Himself can only heal and bring peace to some. If we will not face our issues, any injustice we are committing, He cannot help us and our minds will continue, as the troubled sea, to “toss up refuse and mud”. 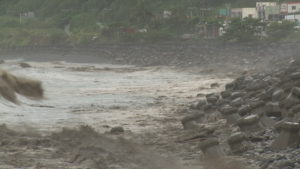 If, on the other hand, we are willing to be reasonable, consider what we are doing wrong and put it right, our minds can be like the other spiritual sea:

…and before the throne there was, as it were, a sea of glass like crystal6

A sea so still that not a ripple disturbed its surface, without flotsam or mud and as clear as crystal. So… which sea best describes my mind? 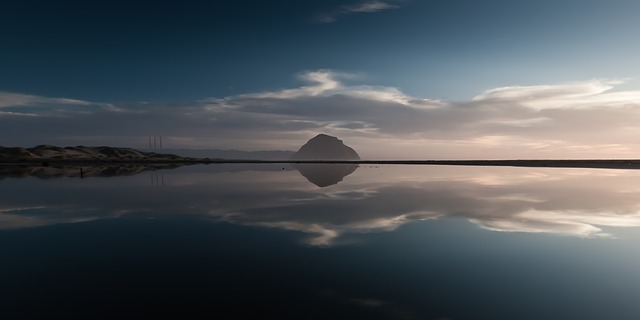 “Are We Peacemakers?”
We should all be asking ourselves, “Am I a peacemaker”? Of course, being a peacemaker can mean you get shot at from both sides but it’s worth whatever it takes because the promises of God are absolutely certain:

Blessed are the peacemakers, for they shall be called sons of God8

… And Ahab went to meet Elijah.  When he saw Elijah, he said to him, “Is that you, you troubler of Israel?”9

Have you ever noticed who usually accuses whom of being a troublemaker? Supporters of the status quo accuse those wanting a change. That’s fine if all is well but what if the situation is unjust? In this case, Ahab, king of Israel, was accusing Elijah because Elijah had prayed and God had withheld the rains from Israel for three and a half years. It doesn‘t seem to have dawned on Ahab that his and Israel’s real trouble was with God.

Of course, Ahab’s perception wasn’t particularly good anyway. He had already failed to recognise that the numerous spiritual leaders his wife was inviting home to dinner were all prophets of Baal and the Asherah, the fertility deities of the Cannanites.10The truth of the situation was that, “surely there was no one like Ahab who sold himself to do evil in the sight of the LORD, whom Jezebel his wife incited, and he acted very abominably in following idols”.11

As for Elijah? He was called a “troubler of Israel” because he just wouldn’t let the matter drop.

Rosa Parks wouldn’t let a matter drop either. On 1st December, 1955, on a bus in Montgomery, A 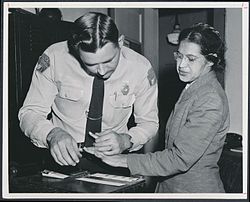 courageous black woman quietly refused to give up her seat to a white passenger and move to the back of the bus. She was arrested and on the day she was convicted and fined, the Montgomery Improvement Association was formed to peacefully confront racism in Alabama. A new-comer to town was chosen as president, Rev. Martin Luther King, Jr.

The rest is history but what can we learn from this peace-making?

In the beginning, some accused these otherwise ordinary people of being troublesome agitators but, in hindsight, we all surely recognise them as extraordinary, nonviolent peacemakers. In fact, there is a clear pattern: every leading peacemaker of our times has also initially been called a troublemaker. Think of Martin Luther King in America, Mahatma Gandhi in India and Nelson Mandela in South Africa.

Here in New Zealand, late in the 19th Century, we have our own Tohu Kakahi and Te Whiti O Rongomai who practised“beating their swords into ploughshares”. They refused to fight and were arrested on charges of “sedition“, the most serious form of disturbing the peace!

To give some perspective, Tohu and Te Whiti were arrested on 5th November, 1881. In the same week, on the other side of the planet in Tombstone, Arizona, that famed lawman Wyatt Earp and his friend Doc Halliday were using their Peacemaker revolvers to gun down the Clanton gang at OK Corral. It now seems

that this legendary gunfight, the most famous of the Wild West, was quite one-sided because the Clanton brothers were virtually unarmed and calling that out to all who would listen. Earp and Holliday were not trying to make peace but seemingly taking revenge for losing money at cards!

Fighting For Peace
So, why are true peacemakers often labelled as troublemakers? Because, like Elijah, they just won’t let matters drop. Tohu and Te Whiti wanted to “plough the conscience of the Governor” regarding their land, wrongly-confiscated by the New Zealand Government. Mahatma Gandhi wanted an end to the colonial rule over his beloved India and freedom of conscience in religion there. Rosa Parks and Martin Luther King wanted their nation to end segregation based on skin colour, as did Nelson Mandela. It was their very persistence on issues that had them misjudged by casual observers and those wanting to maintain the unjust status quo.

Now, I’m not suggesting they were perfect in word or deed. Nor am I suggesting that all troublemakers are actually peacemakers. There is nothing good to be said about real troublemakers. Solomon tells us that “one who spreads strife among brothers” is an abomination to God12so Paul urges us not to tolerate them:

Reject a factious man after a first and second warning, knowing that such a man is perverted and is sinning, being self-condemned.13

Keep your eye on those who cause dissensions… and turn away from them.14

What peacemakers and troublemakers have in common is that they persist in raising issues that are dividing us from one another, but there is a crucial difference between the two. We have to recognise that difference, lest we be found rejecting and shunning the peacemaker that God has sent us, or welcoming the strife and division of the troublemaker.

Peacemakers are those so committed to resolving issues to bring reconciliation, or peace, that they cannot let the dividing issue go. Troublemakers, on the other hand, care nothing for the loss of relationships, raising issues only to “make a good showing in the flesh”,15 to glorify themselves.

We Need You!
We live in a time when peacemakers are and will be more needed than at any other time in history – needed in our families, our schools, our workplaces, our churches and our nations. Remember the two promises of God we saw earlier:

Blessed are the peacemakers, for they shall be called sons of God16

A true “son”, Biblically, was like his father17 but God is unseen. We must learn to look beyond the outward appearance to the heart so that we can, along with the Lord, bless the peacemaker and shun the troublemaker. To learn the Biblical steps, see Peacemaking – Only for the Mature.

And what a wonderful work we can do: