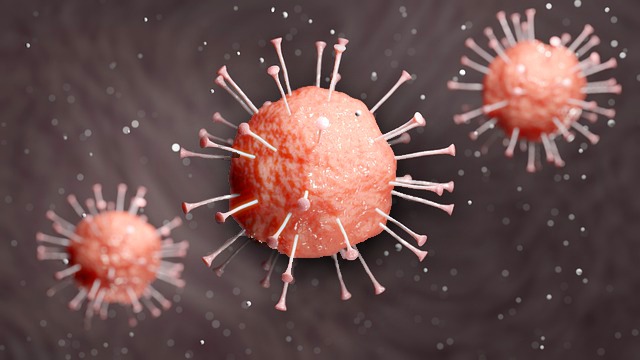 These are predicted in the opening of the fourth of the seven seals that John saw on a scroll:6

‘Pestilence’ is ‘a contagious or infectious epidemic disease that is virulent and devastating’.8

However, some have assumed and taught that the opening of this seal means that one day, an event will occur that will wipe out a quarter of the earth’s population,9 which would be a catastrophic two billion people today, but no, that’s not what it’s saying at all!

Context really matters. The Revelation is a Jewish book, written in 95-96 AD by a Jewish apostle, John, to 1st Century Jewish disciples and Gentiles taught by those Jewish disciples. It therefore uses symbols, metaphors, words and phrases from the Hebrew Bible which were familiar to its author and his original audience. Let’s therefore look at it in that light.

The Seven Seals
Seals were usually impressed with a signet to authenticate them, as seen in King Ahasuerus’s instruction to Mordecai:

Ahasuerus’s seal confirmed the scrolls expressed the king’s will in the matter. What then are we to make of the scroll John sees in the heavenly throne-room? 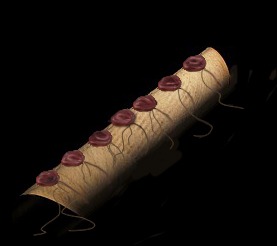 This scroll was sealed by God Himself, authenticated as revealing His will, but only One ‘in heaven or on the earth or under the earth’ was authorised to open it – Jesus:

There are seven because, as on Creation’s seventh day, seven symbolises perfection and completion;13 the seven seals authenticate the scroll in Revelation as revealing the perfect and complete will of God in John’s day.14

The sixth and seventh seals reveal Judgement Day. At the sixth, John hears:

When the Lamb broke the seventh seal, there was silence in heaven for about half an hour… 16

“The LORD is in His holy temple. Let all the earth be silent before Him”.17

We will all be there at the pleasure of the King, waiting for Him to speak.

The first five seals are therefore to authenticate the scroll revealing the will of God from the time of Jesus until the Last Day.

Today’s Interpretations
As for the timing of the seals, today we have basically four schools of interpretation: 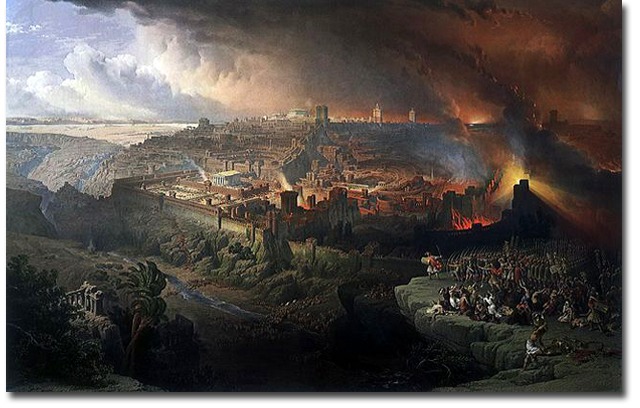 (i) Preterists believe the seals refer to events around 70 AD when God judged Israel by allowing the Romans to raze Jerusalem and enslave the Jewish people. They are partly right, as will become clear.

(ii) Historicists, that they refer to eras over the last 2,000 years. They too are partly right.

(iii) Futurists, that they refer to events still mostly in the future. They too are partly right.

(iv) Idealists, that the seals refer not to events or eras but to overall trends. They are the closest in intent but wrong in application.

Idealists see the first seal as the gospel going forth; seals two to four represent the disintegration of human civilisation and the natural realm due to the rejecting of the gospel; the fifth seal reveals that believers will suffer until the sixth seal which is the Second Coming.

The idealists are the closest but the first five seals are not revealing new trends or the disintegration of human civilisation. Rather, they are revealing to 1st Century saints that nothing will be changing – “it’s business as usual for the world” until the sixth and seventh.

A Burning Question
Consider John’s original audience in 95-96 AD – what would they really want to know? “If Jesus has ‘all authority in heaven and on earth’, why are we still being persecuted and killed?” John even hears the martyrs asking this in heaven:

The divine answer is that many more are yet to be martyred,19 overcome,20 persecuted and exiled,21 sent into slavery and imprisoned.22 The disciples therefore just have to wait while God works out His purpose for the whole human race.

The opening of the seals reveals the express will of God, what is being allowed to happen on the earth, from when Jesus received ‘all authority in heaven and on the earth’ – He alone can open the seals – until He returns to change everything. While the kingdom was steadily growing day by day, individual by individual, it was yet to affect the principalities and powers, ‘the kingdom of the world’23 – the wonderful benefits of its outworking in today’s liberal democracy were far in the future for them (see Staying Free >>)

So what exactly was God’s will for John’s audience in the 1st Century? 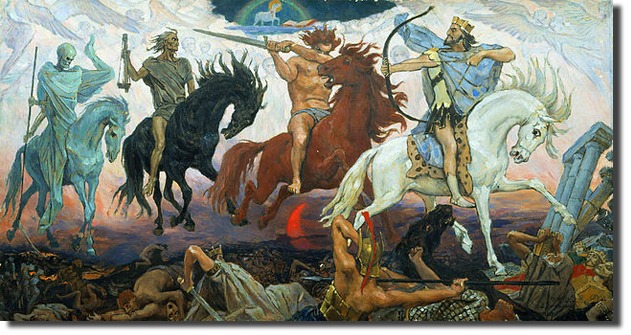 The first four seals reveal the famous Four Horsemen of the Apocalypse:

Why would this be so important to John’s 1st Century audience? Because they were living in the Pax Romana, or Roman peace, the golden age of Rome ushered in by Augustus Caesar in 27 BC. For hundreds of years before then, the Roman Republic had faced constant warfare, both within and without. Plutarch, the 1st Century historian, reported that they had appointed Julius Caesar (100-44 B.C.) as dictator for life…:

… in the hope that the government of a single person would give them time to breathe after so many civil wars and calamities.24

When Julius was assassinated by Brutus and his co-conspirators in 44 BC, Rome was plunged back into another civil war until his grand-nephew Octavian overcame all rivals and was granted the title Augustus Caesar in 27 B.C.:

To many, Augustus, for his achievements, was a god on earth; only a supra-human being could have brought stability out of chaos. Not surprisingly, therefore, Augustus found himself the object of acclamations of divinity.25 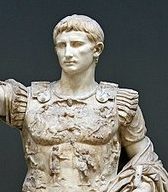 As I detail in my book, Slouching Towards Bethlehem: The Rise of the Antichrists, this was the beginning of the antichrist regimes in Rome. Augustus allowed the populace in Pergamum to worship Dea Roma et Augustus i.e. Rome and himself – in the imagery of Revelation 13, the second beast (the spirit of antichrist) caused the people to worship both the first beast (at that time, the Roman Empire) and the living image of that beast (the emperor).26

It was during the Pax Romana, a two hundred year period of unprecedented peace, stability, and economic prosperity, the empire reached its greatest extent and a population of some 70 million people. It ended with the death of last of the Five Good Emperors, Marcus Aurelius, in 180 AD.27

John’s intended audience in 95-96 AD were therefore living in the middle of this ‘peace’ and would have understood his vision as revealing that the Pax Romana would be ‘taken from the earth’. All subsequent audiences were to understand that any peace created by any conquering empire will only be short-term, just as Jesus taught:

The Third & Fourth Horsemen
The third seal confirms the shortages of food that accompany war:

To understand the fourth seal and horseman, we need to recall that John had earlier seen Jesus in all His majesty:

When Jesus opens the fourth seal, John sees that although our resurrected, all-powerful Lord holds the keys of death and of Hades, He is not yet going to abolish them:

In fact, the four horsemen are going to continue riding through the earth as if nothing had changed:

Authority was given to them over a fourth of the earth, to kill with sword and with famine and with pestilence and by the wild beasts of the earth.30

The Fifth Seal
The fifth seal was also not a new event or future era:

Jesus had warned the Twelve:

Then they will deliver you to tribulation, and will kill you, and you will be hated by all nations because of My name.32

These things I have spoken to you, so that in Me you may have peace. In the world you have tribulation, but take courage; I have overcome the world.33

Soon after, they were all flogged for disobeying the Sanhedrin by teaching about Jesus34 with up to thirty-nine lashes.35. James was the first of the Twelve to be killed36 in about 43 AD; Peter was apparently crucified some twenty years later in Rome; Paul was beheaded37 about the same time, having earlier ‘received five times from the Jews thirty-nine lashes.. [and] three times beaten with rods… [and] once [he] was stoned’.38 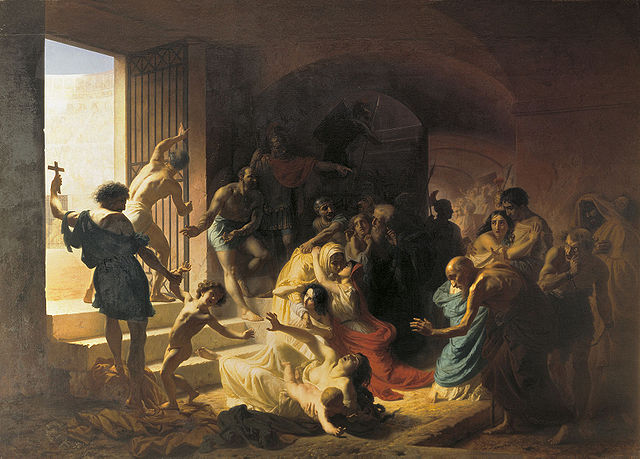 After all, this was the time of the Roman circuses when Christians were routinely thrown to the lions so John’s audience were all too familiar with martyrdom. When John hears the martyrs impatient for vindication, he learns they will all have to wait until death and Hades are destroyed when the Lord returns to raise the dead. In the meantime, many more will be martyred.

To summarise, the first five seals reveal that Jesus being resurrected and receiving ‘all authority in heaven and on the earth’ has not meant the end of conquering armies, warfare, famine, and murderous persecution of His followers. These will continue until He returns to reign at the opening of the sixth and seventh seals.

In the Meantime…
What of their terrible effect in the meantime?

Authority was given to them over a fourth of the earth, to kill with sword and with famine and with pestilence and by the wild beasts of the earth. 39

These four means of death – sword, famine, pestilence, wild beasts – would have sounded familiar to any Jew in John’s 1st Century audience because, some five hundred years earlier, Ezekiel had prophesied similarly against Jerusalem.

For thus says the Lord GOD, “How much more when I send My four severe judgments against Jerusalem: sword, famine, wild beasts and plague to cut off man and beast from it!”40

So too had Jeremiah:

I will send the sword, the famine and the pestilence upon them until they are destroyed from the land which I gave to them and their forefathers.41

These judgements came about in 586 BC through the Babylonians invading Israel and taking their people into exile. In Revelation, these horsemen afflict the whole earth but why are ‘wild beasts’ included? Because in John’s day, the Romans delighted in the execution of criminals by wild animals – damnatio ad bestias – remember the lions.

Also, the 1st Century disciples would have understood this as Jesus not yet removing the Adamic curse from the earth. Although Adam was given dominion over the earth, the animal kingdom has always fought back, from the brute force of bulls and apex predators such as the big cats and bears on the land and saltwater crocodiles and sharks in water to the poison of snakes, scorpions and spiders and this is to continue until He returns:

Then he showed me… On either side of the river was the tree of life, bearing twelve kinds of fruit, yielding its fruit every month; and the leaves of the tree were for the healing of the nations. There will no longer be any curse; and the throne of God and of the Lamb will be in it, and His bond-servants will serve Him. 42 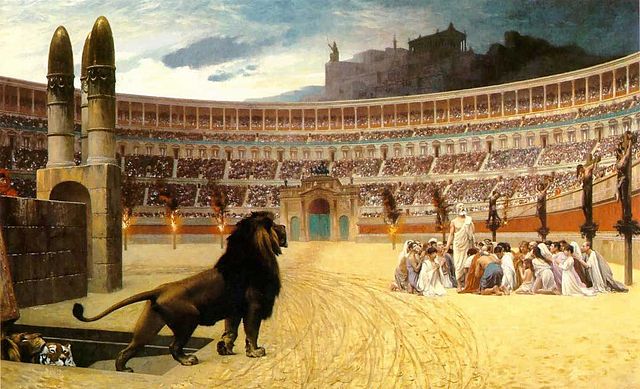 Firstly, if ‘a fourth of the earth’ are to be killed by the four horsemen, this means three quarters will not be killed by them. Rather than die in wars, famine, pestilence, or because of wild animals, most of us will instead die of old age and more usual causes than these violent forms of death.

Even then, the old joke that ‘none of us are getting out of here alive!’ turns out to be wrong. All believers who are living when Jesus returns will, instead of dying, be radically transformed:.

Even going to a funeral is good for us, as our wisest man Solomon noted 3,000 years ago:

The only really bad news in facing COVID-19 is for anyone who doesn’t yet have their sins forgiven because, after death, they will have to face the due penalty for every sin. This where the gospel (Old English godspel, from god, GOOD, spel, NEWS) really is good news – Jesus promises that all who ask His forgiveness will receive it:

…the one who comes to Me I will certainly not cast out… For this is the will of My Father, that everyone who beholds the Son and believes in Him will have eternal life, and I Myself will raise him up on the last day.45 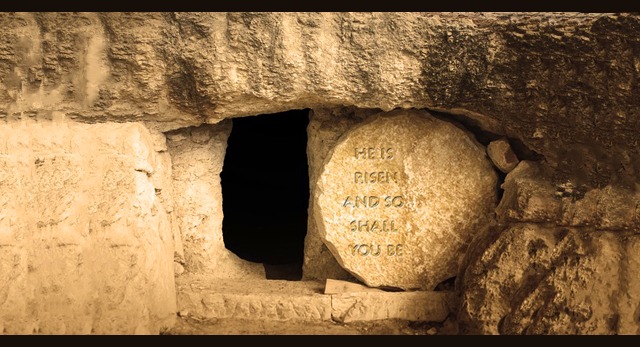