Once the average believer like you and me begins to grasp the extent of our priestly work, we can feel a bit out of our depth and wonder what we are taking on. As George Bernard Shaw observed, “Liberty means responsibility. That is why most men dread it”. It’s one thing to struggle for the freedom to be a royal priest but it’s quite another to accept the responsibility and do a proper job, isn’t it. 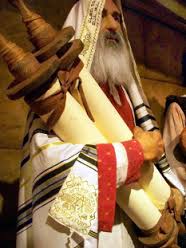 Happily, Jesus promises He will not leave us to flounder – He will equip us. We may need, though, to recognise where the help lies.

Firstly, since it’s His work and the Holy Spirit is changing us to become like Him, much is already being done. For example, most of us who believe already love to worship God, lifting our hands in worship and praying from our hearts. Yet, as we have seen, these are priestly functions, corresponding to offering incense and burnt offerings. While there are profound truths to be further explored in these actions, even the newest believer has already begun to be led into them by the Spirit. We need to keep learning from this “anointing”, the processes of immersion, submersion and emergence (from bapto) As we saw earlier, Israel’s anointing with oil was to prefigure the Holy Spirit coming on us, which abides in us:

These things I have written to you concerning those who are trying to deceive you. As for you, the anointing which you received from Him abides in you, and you have no need for anyone to teach you; but as His anointing teaches you about all things, and is true and is not a lie, and just as it has taught you, you abide in Him.1

If you don’t know already, you can easily learn exactly how to serve bread and wine, baptise in water, anoint with oil, and pray and lay hands on people, addressing every issue as you come to it. God knows what each of us knows and doesn’t know, so we need to trust Him to fill in the gaps as we pray, listen and seek to be obedient to His calling.

External Help
Secondly, we actually have servants. Sometimes we don’t recognise them, and sometimes they get confused as to what they should be doing, but God has nevertheless provided us with spiritual servants whose full-time occupation is supposed to be to equip us for our work of priestly service.2 Do you recognise them? Or, if you are called to be one of the royal priesthood’s many servants, do you properly understand how to serve them? Let’s look at this work more closely. 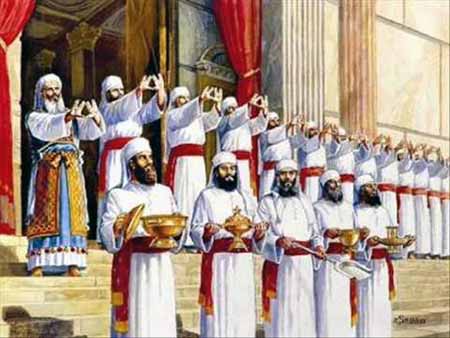 The Levites
In the Old Testament, these servants were called Levites and they are a mystery to many Christians today. We’ve probably all heard of the Levite in the parable of the Good Samaritan3 but few of us have any idea of what they did. This is because “Levite” describes their tribe, their descending from Levi, one of Jacob’s twelve sons, but tells us nothing of their work.

We can also be confused because although all priests were Levites, not all Levites were priests. The priesthood was restricted to a sub-group of the tribe, to the descendants of Aaron, one of Levi’s great grandsons.4 The rest of the tribe were assigned a complementary but very distinct role – they were to be the servants of the priests. The Lord explained it to Aaron:

Behold, I Myself have taken your fellow Levites from among the sons of Israel; they are a gift to you, dedicated to the LORD, to perform the service for the tent of meeting. But you and your sons with you shall attend to your priesthood for everything concerning the altar and inside the veil…5

Throughout the forty years in the wilderness, the Levites were responsible for erecting the Tabernacle, the mobile house of God, dismantling it when it was time to move on, and carrying it to the next location where they were re-erect it. Accordingly, they alone were responsible for carrying the famous Ark of the Covenant.

Their Unique Role
God’s attitude to the Levites’ role is made abundantly clear in two fearful incidents. 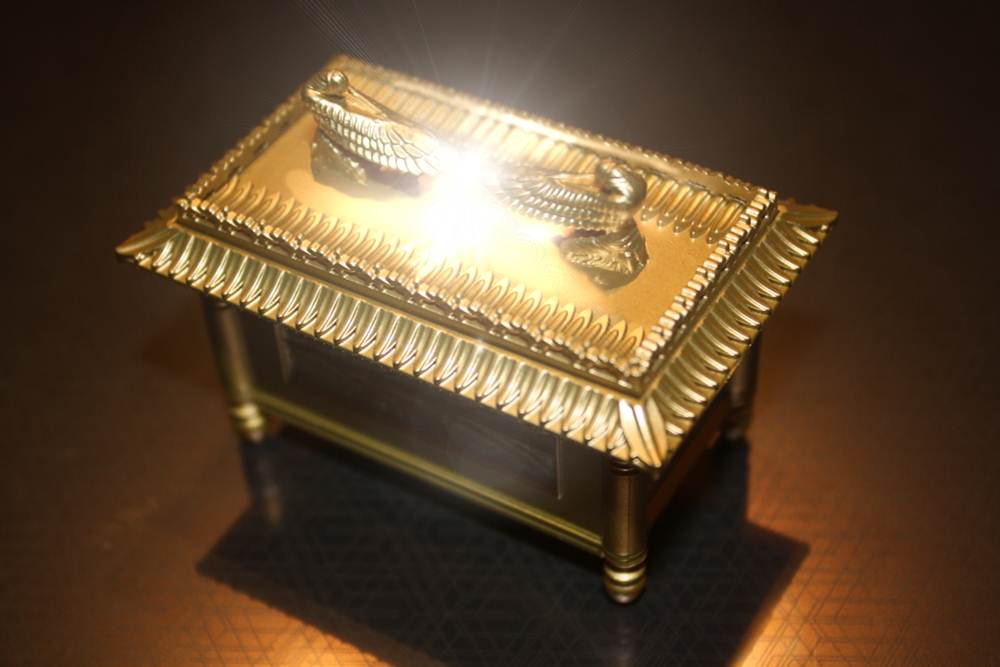 i) No one was to assume this role.

In the most well-known incident, a man called Uzzah died for his irreverence in grasping the Ark of the Covenant.6 He and King David had forgotten that only the Levites were allowed to touch it.7

(ii) Levites had limits too.

Five hundred years earlier, Korah’s unwillingness to accept the limits of his particular role as a Levite had been his downfall.8 Korah’s sub-tribe were greatly privileged, being called to not only carry the ark but also all the golden furniture of the Tabernacle.9 Tragically, he, his family, and his friends became so ambitious that they weren’t satisfied with the responsibilities God had given them – they wanted Aaron’s priesthood as well. Moses pleaded with them 10 but to no avail and, in their jealousy and selfish-ambition, they walked right into God’s judgement.11

Jude, Jesus’ half-brother, warned the Early Church that false teachers among them12 were falling into the same trap as Korah13 in their selfish ambition.

So what was this role exactly?

To Be Servants of the Priests 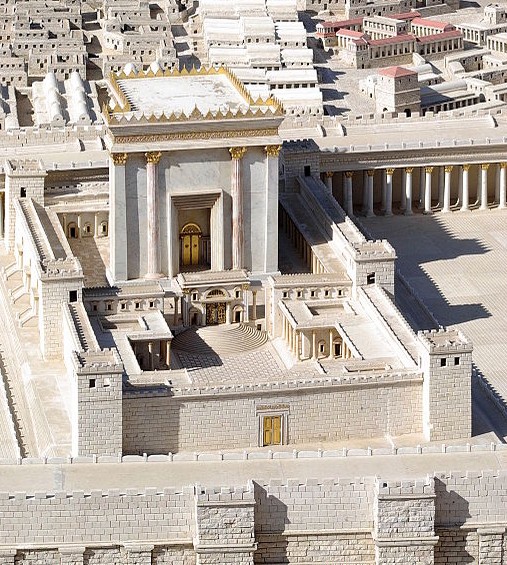 Unless he was a descendant of Aaron, every Levite’s calling was not to be a priest but to be a servant of the priesthood.14 The Levites were “a gift” from God to the priests “to perform the service of the tent”, i.e. the Tabernacle, in the wilderness. They were to equip the priests to do the priestly work.

Later, the Levites’ workload decreased due to the building of the permanent Temple in Jerusalem,15 so David was inspired in his planning to add to their responsibilities – 4,000 were set aside to be professional musicians,16 “to prophesy with lyres, harps, and cymbals”,17 and trained singers18 to lead worship in the Temple. Another 6,000 were set apart as Temple guards and treasurers19 while many thousands more became Israel’s civil service.20

However, all of their work was as servants of the people of God and, in particular, of the priests so that they could do their priestly work in the temple.21

.What’s the Relevance for Us Today?
Korah’s rebellion was overstepping the limits of the Levites’ role to usurp the priesthood. Tragically, for at least 1,900 years of church history, generation after generation of those in full-time ministry have likewise left their calling as servants of the priesthood of all believers and have instead taken over as the priests. 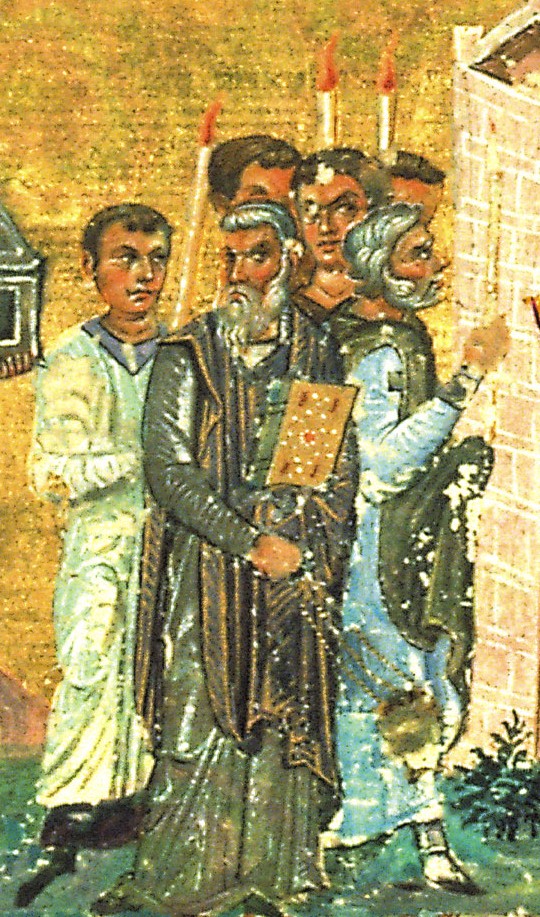 By the end of the 1st Century, Ignatius of Antioch was calling all believers to submit unconditionally22to the newly invented office of “bishop”:

It is not lawful to baptize or give communion without the consent of the bishop. On the other hand, whatever has his approval is pleasing to God. Thus, whatever is done will be safe and valid.23

Jesus instead called the emerging leaders of His church not to be rulers but to be servants of all.24 Paul openly warned the whole Corinthian church that they were not to regard their very gifted leaders, whether apostles, evangelists or teachers, as anything other than servants:

What then is Apollos? And what is Paul? Servants through whom you believed… For all things belong to you, whether Paul or Apollos or Peter… and you belong to Christ. Let a man regard us in this manner, as servants of Christ, and stewards of the mysteries of God.25

Why is this perspective so essential? Because every believer is to be a royal priest and any usurpation of their calling will have consequences for all involved.

To summarise, remember that in exactly the same way that God gave the Levites as a gift to the Old Testament priests so they could do their work, when He [Jesus] ascended on high… He gave gifts [to us]… He gave some as apostles, and some as prophets, and some as evangelists, and some as pastors and teachers, for the equipping of the saints for the work of service [as royal priests].26 This means that every leader, everyone in full-time ministry, is given by God to be a servant of the priesthood of all believers.

Levites Are “Deacons”
The only thing that has changed regarding these servants, with the change of covenants from the Old to the New, is their name. In the New Testament, since no genealogical qualification is now necessary, those in full-time ministry are not called Levites but diakonos.  This Greek word meaning “servant” is in some places translated as “deacon”,27 a late Anglicising barnacle on the hull of the Early Church which leaves it meaningless and open for unBiblical redefinition. However, in most places in our English translations it is accurately translated as “servant”28 or “minister”, from the Latin word for servant.29

To find out more about this, stay in touch with this website as we will give this concept the attention it deserves as an essential part of the ship’s hull.

In the meantime, if we want to function properly as royal priest, we need to make the most of our ministers or servants, to get as much equipping as possible for our work of service.

Now 1 Timothy 3 Makes Perfect Sense
Throughout the millennia, the churches of God have regarded 1 Timothy 3 as incomplete, mostly because, as we saw from Ignatius at the end of the 1st Century, many in the church were already accepting barnacles. Paul told Timothy he was writing so that Timothy would know how to properly relate to God’s household,30 i.e. to the hull of the ship, yet he only describes two roles in the church: elders 31 and “deacons”. 32

Once you understand our calling as the royal priesthood, 1 Timothy 3 makes perfect sense: kings need elders to properly be kings; priests need Levites/deacons to properly be priests!

The new wine needs this new wineskin renewed in every generation so let’s work on ours!