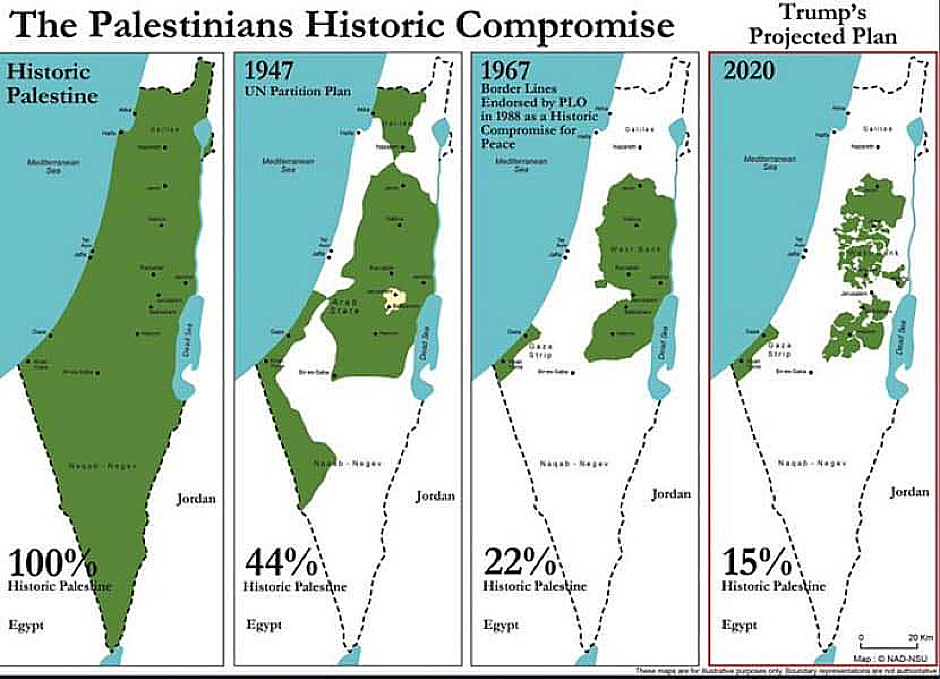 Really? These Historic Palestine maps are a blatant lie, parading in plain sight, for all who haven’t yet learned relevant history and, as George Santayana predicted, “Those who cannot remember the past are condemned to repeat it”. This graphic purports to show how much the Palestinian Arabs have already lost and will again lose under President Trump’s peace plan but look at its undated starting point. Here’s a real map showing the actual starting point, as defined by international law in 1920. 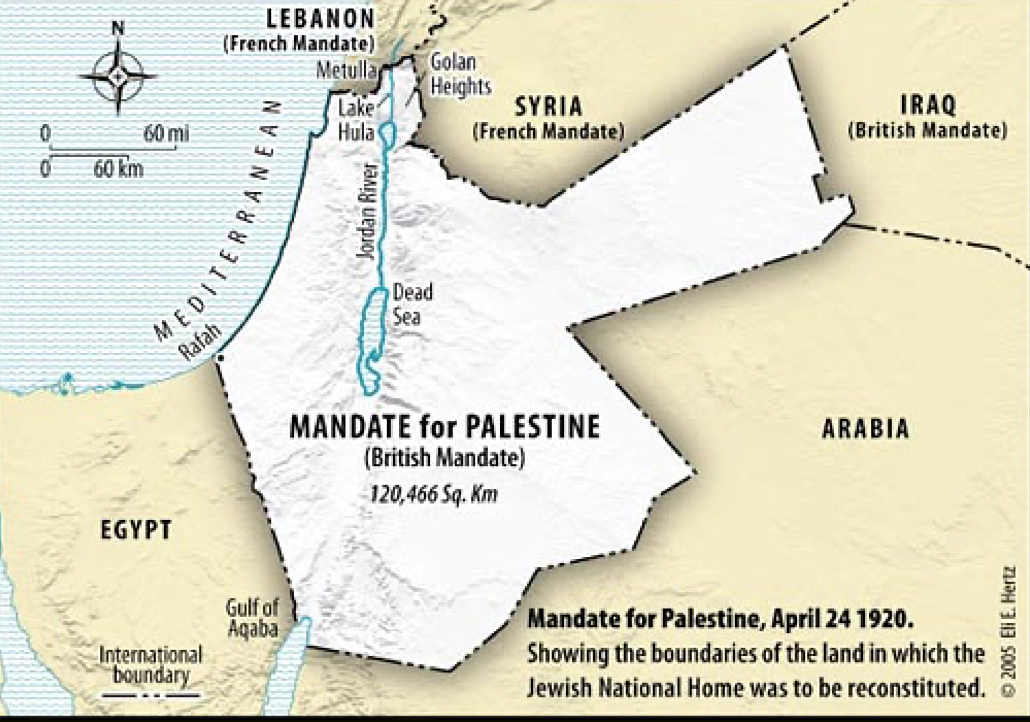 The percentages change dramatically when we remember the past’s 100% was 120,466 sq km so how did this deceptive graphic reduce Historic Palestine to being only the 28,166 sq km west of the Jordan River? By ignoring the events of 1922 when the Brits gave the Arabs all the land east of the Jordan (92,300 sq km) and forbade Jews to live there i.e. 77% of the Mandate for Palestine. The Arabs renamed it Jordan (The Hashemite Kingdom of…) and, twenty-six years later in 1948, crossed the Jordan, invading and annexing what they called the West Bank. In 1967, Israel took it off them but allowed Arabs to stay.

You’d hope that the Arabs would be content with 80.45% of Palestine but no,2 and they never will be. I just wish we could all call out dishonesty regarding Israel and the Jews and that my friends promoting Arab and Islamic colonisation would pause for thought…