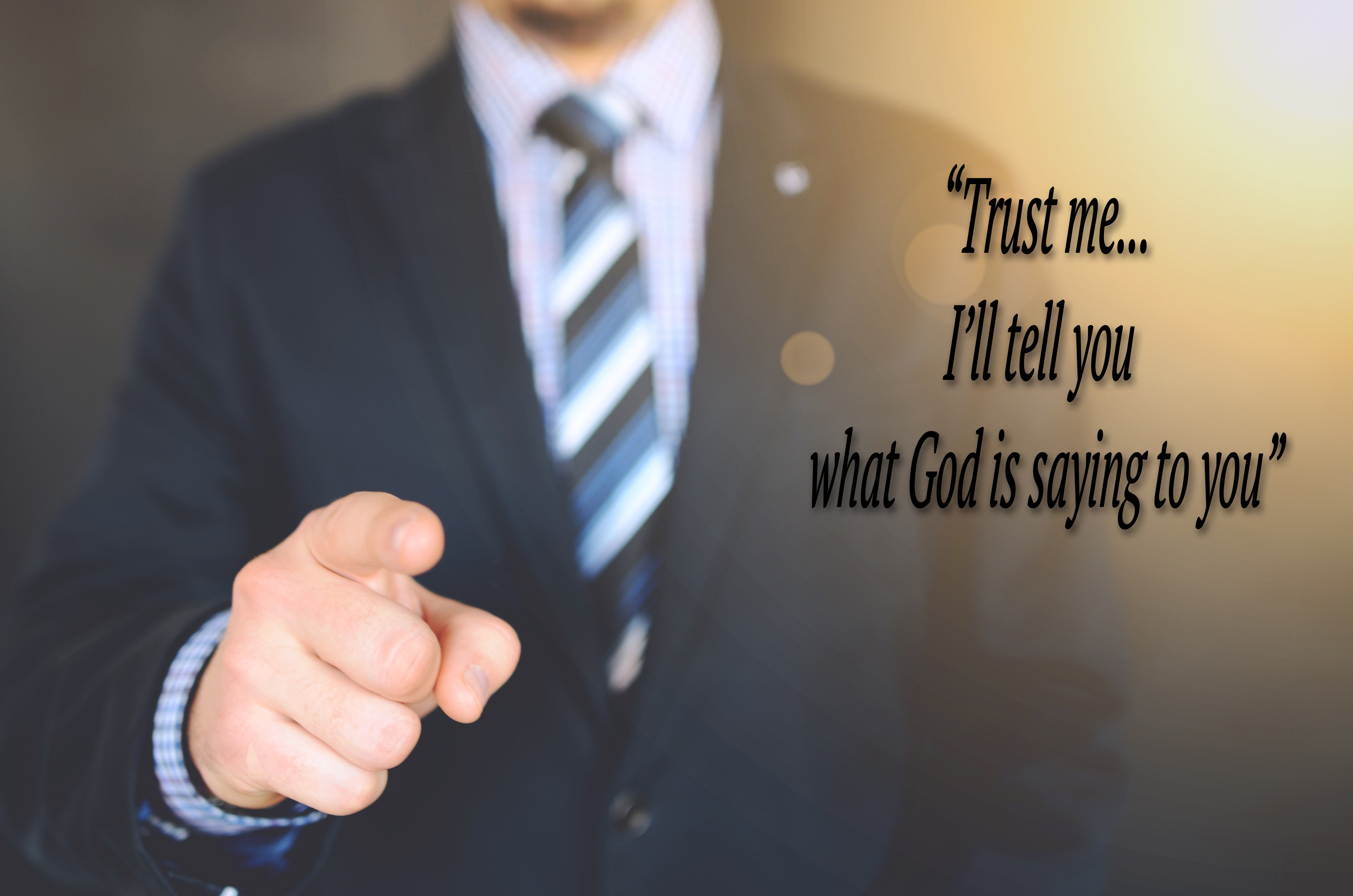 We all need to look in our own home church or assembly. Have we appointed a king? Someone has said that at least in the Catholic Church there is only one Pope for a billion Catholics while in the Protestant and Pentecostal churches we can have a pope for every assembly! We are just a little more subtle. Our buildings are often little palaces, the robes replaced by special ways of dressing (remember when white shoes were the fashion?) Suits and ties are still de rigueur for any wanting to minister in many places and the king’s servants are now called ‘secretaries’, ‘personal assistants’, and ‘associate pastors’. It is our pastors we ask to decide the hard issues and to do all the ministering, or their delegated authorities. Despite the difference in outward trappings, this authority structure is firmly in place in most Protestant and Pentecostal churches.

It is especially worth noticing, however, that our role models from today’s world are no longer kings because most nations have adopted democratic governments; instead our churches have turned to other models of natural authority such as business corporations. The carnal human heart never changes. It is always looking for a way to avoid the kingdom, the actual, experiential rule of God.

Each of these has an obvious natural benefit. Up until now, Israel has been led by God, using elders and prophets, judges and military commanders, priests and Levites in their specialist areas, but no one centralised, delegated authority. He has kept the office of king to Himself. 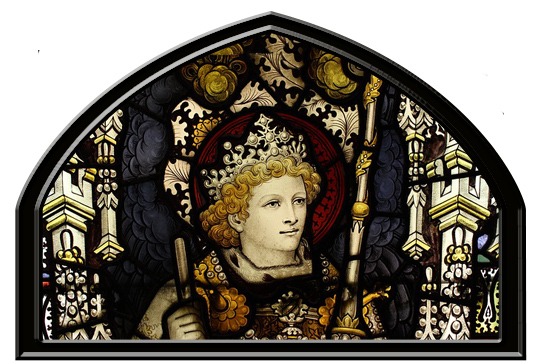 So, in asking for a human king, Israel want firstly, a visible central authority figure, someone who can be related to more naturally. Secondly, since all the nations around them have kings, this is the usual way, a tried and tested way, of government. In seeking to “be like all the nations”, Israel want a well-known way, gained by conforming to the way everyone else operated. Thirdly, Israel’s asking for a king to judge them is wanting more than a judge – it’s wanting a law-giver, someone to make the hard decisions for them. Lastly, they want someone with more authority than a general to command them against their enemies, someone to fight their battles for them.

Is God unable to see these benefits? Of course, He can. Jesus actually reminded His disciples that the Gentiles or nations call their rulers “Benefactors”, that is, people who are of benefit to them:

“The rulers of the Gentiles lord it over them, and those who have authority over them are called ‘Benefactors’. But not so with you…”1

Despite these benefits, He calls His 1st Century disciples, and us, to a different way of leadership.

“HE SENT LEANNESS AMONG THEM”
In the spiritual realm, these benefits do not exist and actually damage the recipient. This damage, because it is spiritual, is not readily apparent but is illustrated by Israel’s time in the wilderness:

They quickly forgot His works; they did not wait for His counsel, but craved intensely in the wilderness, and put God to the test in the desert. So He gave them their request, but sent a wasting disease [lit. a leanness] among them.3 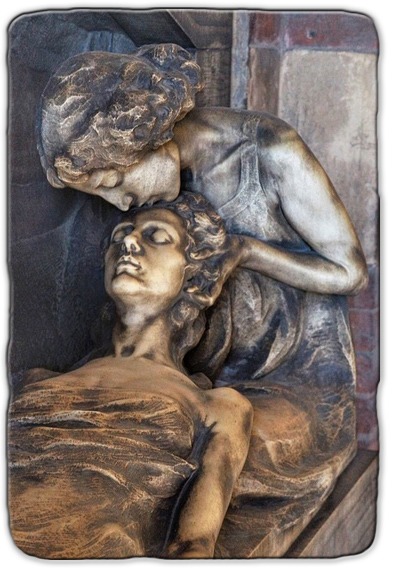 After the Exodus, when Israel doubted God’s provision and figured out their own solution, He ‘gave them their request’. Their desire was natural but it was also greed and the net effect was death, those who died being buried at Kibroth-hattaavah (lit. the graves of greediness).4 As a nation they became ‘lean’ because they were thinned out by the deaths (NASB). Other translations such as the King James and the New KJV add that He ‘sent leanness into their soul’, attributing the damage to the soul as a direct consequence of their natural desires.

Either way, this incident is a very severe warning – at times God will give us what He does not want us to have, if our “craving” is “intense” and we are persistent enough. Just like Israel, we too can be so sure of what we think we need that we don’t “wait for His counsel” or look for what He wants us to have. We begin to rely on our own ideas and experience of the world around us rather than on His revelation, forgetting that He alone knows the actual effects of all things.

So now, when Israel earnestly desire a human king, changing their national government from theocracy to monarchy, God is willing to give them their request rather than to impose Himself upon them. As any loving parent knows while watching their child vomit after eating too much party food, despite all the parent’s admonitions, God knows that eventually His children all too often will only learn from the in-built punishment of consequences.

The consequences of this error as outworked in the human soul are so serious that they are examined more closely in Appendix A – Obedience cf. Spiritual Formation.5 In the meantime, we can define and summarise the issues as choosing between:

(i) the spiritual or the natural realm
(ii) individually knowing God as king or not
(iii) and in our church life, between conformity to the world or spiritual formation.

Of course, we as church leaders must be careful in the application of these truths. We cannot just throw people into the deep-end of a swimming pool to learn to swim because many will drown without some help. Some church leaders will therefore argue strongly against these precepts and keep the people out of the pool altogether. My response can only be, which is the way of God? To complete the metaphor, if God wants all of His people swimming, they are going to have to get wet and swallow a bit of water some time. It is up to those of us who are leaders to stay in the pool with them while we all learn together.

Others may fear that these precepts will make their people too independent. I am very aware in writing this study that I will be helping any who are determinedly individualistic to find more justification for their self-will, but I do not believe that these should or even can be kept in check by wrong church structures and doctrines. Indeed, it is these wrong structures and doctrines themselves which are often used to justify sinful self-will. Jesus plainly taught that we must correct our wrong traditions and ideas of spirituality.6 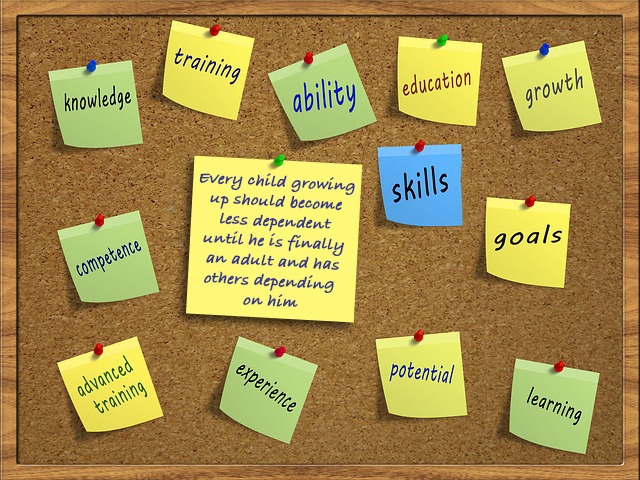 When leaders urge their people to fully accept their responsibilities for personal spirituality, far from those people separating themselves so that they can function, they often initially draw in closer to the leaders’ ministries until they are better equipped. They now see much more reason to understand for themselves both the Scriptures and the ways of the Spirit. If they later become less dependent on the leaders, who can complain? Every child growing up should become less dependent until he or she is at last an adult and has others looking to them.

Lastly, we need to recognise that much of what has been taught as ‘submission’ and ‘obedience’ has actually encouraged this carnal abdication of responsibility. We are turning away from the kingdom of God when we fail to relate to God Himself as our King, and instead appoint ‘spiritual authorities’ whom we can see and obey. As the children of God, we are rejecting Him as our Father when we seek other more naturally accessed ‘spiritual fathers’. Jesus commanded us:

“Do not call anyone on earth your father; for One is your Father, He who is in heaven”7

Paul’s and John’s references to themselves as ‘fathers’ with children ‘in the faith’ are exhorting those addressed to further imitate those who first led them to faith, rather than claiming the position of fatherly authority.8 This distinction is clearly seen in Abraham who is ‘the father of all who believe’, not those who do what he tells them but who believe as he believed.9

THE MEANS TO AN END
We often hear that the ends justify the means and heroic goals in the church often tempt us to overlook or not examine the means by which we try to achieve them. But are the means really that important? Aren’t we being too careful in this study of the means? No, because the world’s ways are short-sighted. God’s ways are more than just a means to an end – His ways create the desired end or

Remember our opening premise: the damage caused by the rejection of God as the only King is first and foremost spiritual, and can only be understood in relation to His eternal purpose that we become like Him. Well, it is only as we walk in His ways that we can become like Him in this life.

(i) “there shall be a (human) king over us”. Obeying instead the invisible God as King requires faith rather than sight, and it is this growing spirituality which steadily changes us into the same image, by the Spirit. Moses could ‘not fear the wrath of the king [Pharaoh]… and ‘endure’ because he was ‘seeing Him who is unseen’.10

(ii) “that we also may be like all the nations”. Rather, not conforming to the world and its ways is essential to our becoming conformed to the image of the Son and to a personal finding of the ways of God.11

(iii) “that our king may judge us”. Accepting instead full responsibility for making hard decisions brings about a growth in us, since it is responsibility and the practice of judging, discerning good and evil, that trains our spiritual senses and produces maturity.12 See Milk or Meat – Why We Aren’t Growing Spiritually.

(iv) “and go out before us and fight our battles”. We must fight our own spiritual battles because this is a major means by which God refines the heart of every individual, through the “putting to death of the deeds of the flesh” and the increasing strength of the “new man, which in the likeness of God has been created in righteousness”.13

All of these outworkings of the eternal purpose of God in this life can therefore only happen to the degree that God really is King over each of us and it is His Spirit who will accomplish them – unless He is replaced as King by human ‘benefactors’. As we saw from Paul’s description of ‘men of flesh, babes in Christ… still fleshly, and walking like mere men’,14 it is the carnal or ‘fleshly’ side of human nature that asks for a king or human authority in the spiritual realm, so leaders in the kingdom are never to cater to that carnality by becoming or remaining kings or lords to His people.

Then there is, of course, the other dimension to all this. Unfortunately, the carnal human heart is not on its own when it rebels in the spiritual realm. While it seeks every opportunity to avoid submitting to the actual, experiential reign of God, the adversary of God, Satan, is eager to help in every possible way.

Leadership in the  Kingdom – Pt 6 “The Spirit of the Antichrist”
The apostle John wrote about false prophets in his day being inspired by “the spirit of the antichrist”… and it is clear he saw this as nothing unusual. Today, we too can be inspired by that same spirit in the way we lead. Read more>>