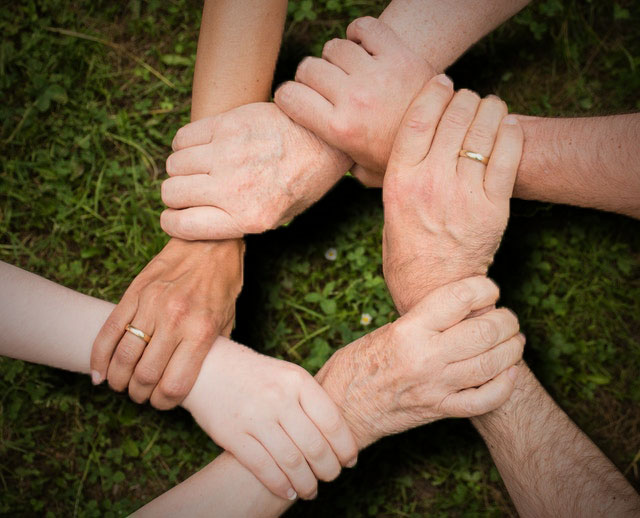 INTRODUCTION
In a previous study in this series, Elders,1 we looked at how God rebuked the shepherds (leadership) of Israel over two and a half thousand years ago, in Ezekiel’s time. However, as we also saw, shepherding is only one of many different kinds of leadership. Whereas shepherds focus on the overall welfare of each member of the flock of God and remain in one place, in order to properly know and be known by the people, the church of God also needs evangelists, whose primary focus is on reaching those outside of the flock of God, and apostles who travel from place to place. We also need prophets who above all else are concerned for what God is saying to His people now, teachers who want to explain what God has said historically, exhorters who can motivate us to faith, worship and obedience, and mercy and helps ministries to take care of practical needs.

These very different callings are all positions of leadership and in this study we will look at what the Scriptures teach about leadership in general, irrespective of these specialist roles. We will particularly examine the words of Jesus when He rebuked and corrected the leaders of His day, both of the nation of Israel and of His disciples. If we learn from their mistakes, we may be saved from repeating them. However, since it is unpleasant listening to rebuke, even of others, I believe that we have not properly grasped nor applied these words to ourselves and how we lead today. This should concern us since they are the yardstick against which all of our leadership will ultimately be judged. Jesus warned us:

“If anyone hears My sayings and does not keep them, I do not judge him; for I did not come to judge the world, but to save the world. He who rejects Me and does not receive My sayings, has one who judges him; the word I spoke is what will judge him at the last day. For I did not speak on My own initiative, but the Father Himself who sent Me has given Me a commandment as to what to say and what to speak.”2

We will have no excuse for ignoring anything He’s said. Accordingly, let’s begin by prayerfully considering how to apply to ourselves everything He’s said, firstly to His nation’s leaders. 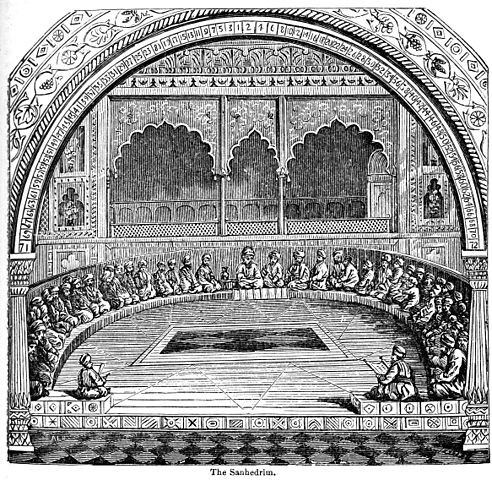 In the first century A.D., the national leadership of Israel, the Sanhedrin, was divided into two parties, the Sadducees and the Pharisees. We know their basic beliefs because the Scriptures record that to the Sadducees, ‘there is no resurrection, nor an angel, nor a spirit, but the Pharisees acknowledge them all’.3 Jesus’ response to the Sadducees was to virtually ignore them, being recorded on one occasion as demolishing their beliefs4 and once as warning His disciples to avoid their teachings.5

The Pharisees, however, were much closer to the teaching of Jesus and He took their leadership more seriously. Many of them were scribes, lawyers, or teachers of the Law, i.e. they were skilled in the Mosaic Law. In describing their leadership, Jesus acknowledged this6 but went on to berate their legalism, hypocrisy and blindness – He called them “blind guides”.7

The New Testament word ‘guide’ contains a wealth of instruction for us: hodegos is literally ‘a leader on the way’ (Greek hodos – a way, and hegeomai, to lead). The verb hodegeo, to lead the way, is used both literally – of guiding the blind8 and of Jesus leading us to springs of the water of life9 – and figuratively – of the Holy Spirit leading us into all truth10 and of being helped to understand the Scriptures.11 So, if we are to understand the mistakes of Israel’s leaders, if we want to be seeing rather than blind guides, to be ‘leaders on the way’, we must first consider ‘the way’.

“They shall be My people, and I will be their God; and I will give them one heart and one way that they may fear Me always, for their own good, and for the good of their children after them.”12

Jeremiah’s prophecy of ‘one way’ was fulfilled at Jesus’ coming. Not only is Jesus Himself “the Way”13 but His kingdom is the way. The terms are used interchangeably: when Paul ‘was speaking out boldly… about the kingdom of God’, in response his opponents were ‘speaking evil of the Way.14 The kingdom of God is the actual, experiential, ‘hands-on’ rulership of God over every one who will submit to His will, and this is the Way.

The whole Christian faith was described as the Way. For example, Paul testified at his trial before Felix the governor that “according to the Way which they (his accusers) call a sect I do serve the God of our fathers”15 …’but Felix having a more exact knowledge of the Way’ than those accusers, ‘put them off’.16 The first century believers were described as ‘belonging to the Way’17 and Paul, prior to his conversion, had in his own words “persecuted this Way to the death, binding and putting both men and women into prison”.18

So, let us be very clear about this: there is a way, the way, a clearly defined path where only God’s will is done. It is  Isaiah’s ‘highway of holiness’19 on which all the people of God are individually to walk and which will exist regardless of any of us. I personally find this a relief because we can’t mess it up as we can so many other things – we can’t create it, redefine it, change, or in any way affect it. All we can do is find it and walk in it.

This way not only exists independently of all human endeavour but it also defines the effectiveness of all human endeavour. For example, Apollos was ‘an eloquent man… mighty in the Scriptures’, and ‘had been instructed in the way of the Lord’ but Priscilla and Aquila needed to ‘explain to him the way of God more accurately’ so that he became able to ‘help greatly those who had believed through grace’.20 Apollos’s effectiveness as a leader, in his case as a teacher, was increased only as he learned ‘the way of God more accurately’. So we find that all leadership is defined by the way.

ALL LEADS MUST BE EXAMINED
While we cannot affect the Way itself, unhappily we can by our behaviour and words stop or hinder people entering it, as Jesus warned the scribes, the Pharisees and the lawyers:

“Woe to you… because you shut off the kingdom of heaven in front of men; for you do not enter in yourselves, nor do you allow those who are entering to go in!”21

“You have taken away the key of knowledge… and those who were entering in you hindered.”22

Accordingly, the whole point of this study is encourage all of us who are leaders to examine ourselves and our way of leading, to ensure that we are truly leaders ‘in the way’ and not misleaders.

The ‘safety-valve’ for leaders is that Jesus expressly commands all those who are following to examine all leads offered by leaders:

“See to it that no one misleads you”23

No one is exempt from this command. If we are misled, it is our own fault for being disobedient to Jesus. If we mislead others, as teachers for example, ‘we shall incur a stricter judgment’24 for misleading them, but they nevertheless bear full responsibility for their own actions in allowing it, whether through laziness or a fear of man. The only lead allowed to be accepted by the people of God is one according to the Way.

The scribes and Pharisees were blind to much of the way on which they were supposed to be ‘guides’ and so were not to be followed where they had left that way, yet Jesus still commanded the Jews to accept their leadership where they were right:

“The scribes and Pharisees have seated themselves in the chair of Moses; therefore all that they tell you, do and observe, but do not do according to their deeds; for they say things and do not do them.”25

Where the scribes and Pharisees, in contrast to the Sadducees, were faithful to teach the words of Moses, they were to be believed and followed; where they were not to be followed was in their failings. We see from this that the Jews were required by God to look beyond every leader to the way of God, specifically as taught in the Scriptures, and to judge for themselves if the two were compatible before they accepted the lead being offered.

Leadership in the Kingdom – Pt 2 On Being Examined
Those of us who are leaders today therefore must not only explain and teach the way as we ourselves walk in it, but we must also remain totally relaxed at being examined. Read more>>