Two old friends were at a wedding. When the minister came to the familiar marriage text, “the two shall become one”, one laughed, leaned over to the other and whispered, “Yes, and we all know which one that will be!”

In every marriage, one personality can overwhelm the other. It may even seem good if the dominant spouse is intelligent and entertaining, but that marriage will always be the poorer for it. Two becoming one was never to be at the expense of either individual but rather to make both the richer for being loved, encouraged, supported, and defended. As Solomon wrote 3,000 years ago:

Two are better than one because they have a good return for their labour. For if either of them falls, the one will lift up his companion. But woe to the one who falls when there is not another to lift him up. Furthermore, if two lie down together they keep warm, but how can one be warm alone? And if one can overpower him who is alone, two can resist him… (Eccles 4:9-12)

Here in New Zealand, we have a national marriage covenant called Te Tiriti o Waitangi, the Treaty of Waitangi,1 signed on 6th February 1840 to unite some 80,000 indigenous Maori people with about 2,000 European settlers, known as Pakeha. This remarkable document, translated into Maori and promoted by missionaries, was created because an enlightened British Colonial Secretary, Lord Normanby, had commissioned NZ’s first governor, William Hobson: 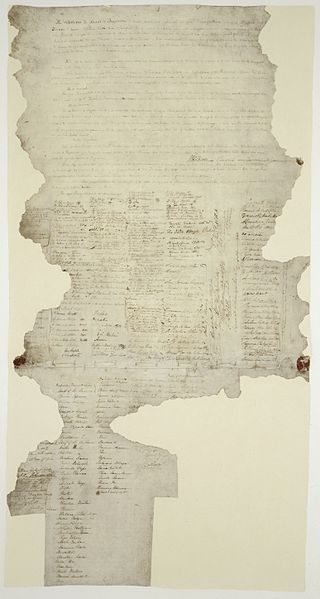 It can no longer be doubted that an extensive Settlement of British Subjects will be rapidly established in New Zealand; and that unless protected and restrained by necessary Laws and Institutions, they will repeat, unchecked, in that corner of the Globe, the same process of War and spoliation, under which uncivilised Tribes have almost invariably disappeared as often as they have been brought into the immediate vicinity of Emigrants from the Nations of Christendom. To mitigate, and, if possible, to avert these disasters, and to rescue the Emigrants themselves from a lawless state of Society… is the principal     object of your mission….Her Majesty’s Govt have resolved to authorise you to treat with the Aborigines [sic] of New Zealand for the recognition of Her Majesty’s Sovereign authority over the whole or any parts of those Islands which they may be willing to place under Her Majesty’s Dominion…2 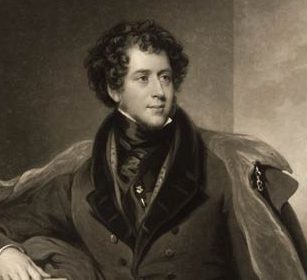 Tragically, by 1858, Maori numbers had declined to 56,000, primarily due to introduced diseases, and Pakeha settlers had increased to 56,000. Our founding Treaty was dishonoured by successive generations of rapacious settler governments until 1975, when a permanent commission of enquiry, the Waitangi Tribunal, was set up to advise the government on how to put right what had gone wrong. Since then, in most cases, the government has apologised for wrong-doing, restored stolen land, and made financial reparations at an agreed figure of about 10% of what was originally taken. In other words, astonishingly, Maori have forgiven 90% of the debts.

Like an abused spouse, they have chosen to forgive the abuser to keep the marriage alive. Surely one question for those of us who are Pakeha should be, do we understand what grace we have received in this long and painful process? Are we going to be better treaty-partners from now on, or will we trample on this grace?

The Longer View
Also tragically, many of us today consider the Treaty as outdated – in keeping with the metaphor, we prefer the one-night stand to a marriage. “Does it 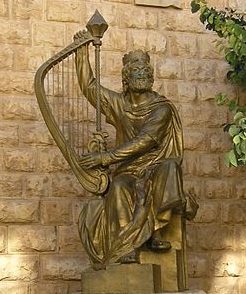 About 3,000 years ago, David king of Israel noticed a persistent shortage of food in the land:

Now there was a famine in the days of David for three years, year after year; and David sought the presence of the LORD. And the LORD said, “There is blood-guilt on Saul and on his family, because he put the Gibeonites to death”.  3

Saul had been David’s predecessor as king, and the Gibeonites had made a covenant with Joshua some five hundred years earlier again. Isn’t it interesting that God held David and all of Israel responsible for Saul’s breaking that national covenant, even after five hundred years? So, yes, I believe, it does really matter. David did too:

Notice David’s question – “How can I make atonement…?” or how can we be reconciled? Our English word atonement comes from to be “at one” – it’s the reuniting of two who have been separated – so David was seeking to again become one nation with two peoples. I believe God wants us as a nation to keep asking this same question until we truly are properly reconciled.

Today in Aotearoa-New Zealand, we are almost at the end of the legal process. Like a husband and wife in humbling but necessary counselling, we’ve almost worked through, and been hugely forgiven, most of our wrong-doing. Will we ensure our hearts are right and stay right?

Two Really Are Better Than One
Our peoples becoming one was never to be at the expense of either Maori or Pakeha. Rather, it was to make us all the richer for being loved, encouraged, supported, and defended, in all of our glorious diversity and cultural inheritances from both sides of the family.

And how good is it that for over one hundred and seventy six years, Maori have honoured this covenant and forgiven Pakeha? Now we who are Pakeha, non-Maori, need to do our part, honouring the Treaty while loving, encouraging, supporting, and defending our Maori treaty-partners as we work together for the future of this country. This was recently reaffirmed at the Parihaka reconciliation signing. 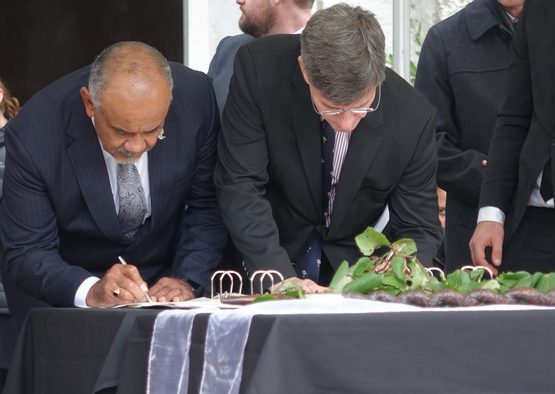