Let’s be absolutely clear – for Christians, “kings” here is a generic term for the majesty of men and women, both made in the image and likeness of God. Here are five Biblical kingly essentials:

1. Kings Choose Freely
As we saw earlier, Jesus exercised His sovereign free-will to deny self-will by praying, “Not My will, but Yours be done”. However, once when the multitudes surrounded Him, He asked them:

What king, when he sets out to meet another king in battle, will not first sit down and take counsel whether he is strong enough with ten thousand men to encounter the one coming against him with twenty thousand?  Or else, while the other is still far away, he sends a delegation and asks terms of peace. So therefore, no one of you can be My disciple who does not give up all his own possessions.1

Of course, He is spelling out to every man and every woman the cost of being His disciple, but He is also revealing how God sees every one of us:  as a king with ten thousand men.

We may “take counsel” to find any strategy or possibility of avoiding His reign over us, but when we finally realise we can’t beat Him, we have to ask Him His “terms of peace”.  His terms are, and always will be, unconditional surrender:  “give up all your own possessions”.

These words came alive to me because, when I first heard the gospel, I was led in a “sinner’s prayer” but nothing happened and I knew I still wasn’t a Christian.  Over the next six months I met many who had encountered God in a way that I hadn’t, and I began to see that they had given much more than I had been willing to hand over to Him.  I realised that when I was praying, it was like I was waking up in a student flat after a party the night before and I was asking Him to clean up the mess, to be my servant while I remained firmly in command of my life.  As I began to grasp that He was to be the king and I was to be the servant, I thought, “No way!”

However, as I ran out of all my resources and strength, I finally became willing to accept His terms, to “lose my life for His sake”.  I found to my utter astonishment that as I surrendered all, I actually “found it”.2 My eyes were opened and everything was different.  Friends, it is only after we have handed over everything (our selves, our plans, our relationships, our finances) that He appoints us as stewards of these, His new possessions.  We are now to look after them as He directs, and He may want to give some away to others.  He is the King of us as kings and we are now His disciples, i.e. learners or students of His ways.

But this is only the beginning – surrendering all to God remains our on-going, daily choice but, remember, only kings have a choice.  Are we, within our personal kingdoms, allowing Him to be the King of kings? Are we reigning over sin and self, in His name and through His Spirit?

When Harry Truman was President of the U.S., he had a plaque on his desk that read, “The buck stops here”.  He accepted his responsibilities.  Maybe we too need a plaque, especially in our hearts.

Do you realise that if we are deceived or misled by even Christian leaders, we can’t just blame them?  We are explicitly commanded:

See to it that no-one misleads you.3
Do not be deceived…4
Let no one act as your judge.5

Of course God will hold these leaders accountable for their sin but what of our disobedience?

Over the years I have talked with many cult and ex-cult members (I have a soft spot for them because I first heard the gospel through several).  I have seen first-hand the truth to which Deborah Davis, daughter of the founder of a cult in the 1970’s, testifies in her remarkable book, The Children of God.6 Even after leaving the group, she could not get free internally until she had fully accepted and confessed her personal responsibility to God for breaking His commands by believing the lies she was told. As George Bernard Shaw wrote:

Liberty means responsibility.  That is why most men dread it.

Solomon says it is also the hall-mark of our kingly role: 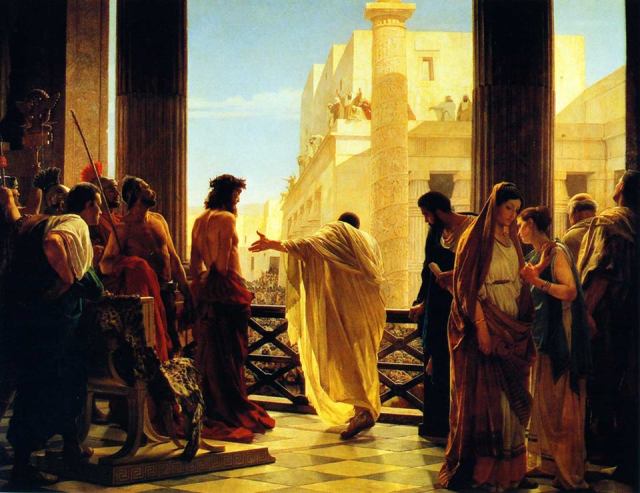 It is all too easy for us to live out Pontius Pilate’s approach to issues, trying to wash our hands of our responsibility to investigate properly but wanting to appear pious or profound by asking “What is truth?”  In Pilate’s case, the Truth was standing right in front of him and he still condemned the innocent.8

Are we kingly enough to “search out a matter”?

3. Kings Act Justly
God wants us free, to be able to make decisions, and to act, but for what purpose?

He has told you, O man, what is good; and what does the LORD require of you but to do justice, to love kindness and to walk humbly with your God.9

Sadly, in my forty years in ministry, I have seen that while there is much love, kindness, and humility in the churches of God, there is also much injustice.  Of course, forgiveness should be our bread and butter but this is not to excuse our trading on the grace of the saints by behaving in ways unacceptable even in the world.  Our lack of accountability has too often caused “the name of God to be blasphemed among the nations.”10 After the Queen of Sheba had visited Solomon, seen the magnificence of his kingdom and heard his wisdom, she was inspired to tell him:

Blessed be the LORD your God who… made you king over Israel, to do justice and righteousness11

Israel had called for a king, rejecting God Himself as their king,12 but He nevertheless still defined the role for us.  Kings are “to do justice and righteousness”.  Paul applies this to all secular authorities13 but what of us?  Are we acting justly?

Any compromising means we are abdicating from our royal calling.

4. Kings Wage War
We are each to take godly initiative to overcome whatever threatens our kingdom, as David found too late and to his shame:

Then it happened in the spring, at the time when kings go out to battle, that David sent (others).  But David stayed in Jerusalem… and from the roof he saw a woman bathing… Bathsheba, the wife of Uriah.14

David fell when he wasn’t fighting.  We too are to “go out to battle” as kings – God has called us all to “fight the good fight of faith”.15

Here in New Zealand, our indigenous Maori people make up 15% of our population and are a very gifted, naturally spiritual people.  However, tragically, they also comprise 60% of our prison inmates.  Of course, the reasons are complex but they “once were warriors”.  Like many indigenous peoples, with the overwhelming of their culture by other nations, their talents and initiative have turned to violent crime and, in their despair, to substance abuse.

Our young men today, whether Maori or Pakeha, need to hear again our Maori prophets of a hundred and thirty years ago, TeWhiti O Rongomai and Tohu Kakahi, and take up as they did the real “weapons of our warfare”:

Do not be overcome by evil, but overcome evil with good.18

Are we waging the real war?  Are we being kings? 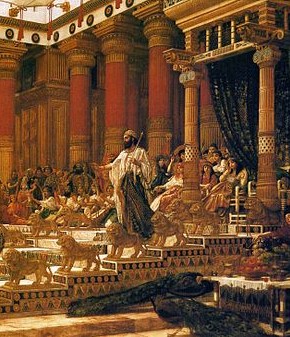 5. Kings Seek Counsel
Every king has to acknowledge his need of wisdom:

A wise man is strong, and a man of knowledge increases power. For by wise guidance you will wage war (lit. make battle for yourself),And in abundance of counsellors there is victory.19

How often we overlook that Solomon was a king, writing for us as kings!  We all have our own battles to fight and like the king with ten thousand men in Jesus’ parable, we need “to first sit down and take counsel”, to find strategies and “increase power” in His kingdom.  A shortage of elders in the reign of a king means a lack of victory.  Solomon also warns us never to let this truth go:

A poor, yet wise lad is better than an old and foolish king who no longer knows how to receive instruction.20

The royal priesthood therefore requires elders.  We will look at this more closely in the study on our new wineskins but, in the meantime, since we are kings, do we have counsellors and do we “know how to receive instruction”.

Summary
These then are five essential characteristics of being a king:

There are no alternatives or short-cuts if we are to reign in life.