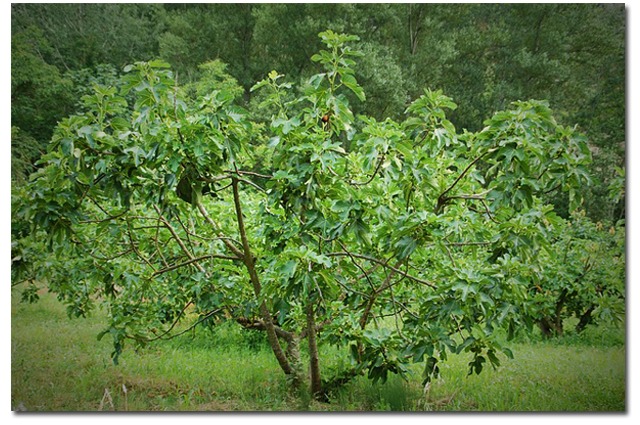 On the next day, when they had left Bethany, He became hungry. Seeing at a distance a fig tree in leaf, He went to see if perhaps He would find anything on it; and when He came to it, He found nothing but leaves, for it was not the season for figs.  He said to it, ‘May no one ever eat fruit from you again!’ And His disciples are listening.1

If ‘it was not the season for figs’, as everyone seemed to know, why did Jesus curse it? As happens so often in reading the Scriptures, we need to contextualise this event, to learn its back-story in Jewish history. The disciples already knew it, which is why they kept ‘listening’. The fig tree has a particular meaning as found in the prophecies of Hosea and Jeremiah.

“I found Israel like grapes in the wilderness; I saw your forefathers as the earliest fruit on the fig tree in its first season. But they came to Baal-peor and devoted themselves to shame, and they became as detestable as that which they loved.”2

Israel’s forefathers were the ‘earliest fruit’ on the fig tree’s ‘first season’; the figs that grow on the tree thereafter therefore symbolise all of their descendants, the whole nation of Israel. Then came Jeremiah.

Jeremiah
In about 586 B.C., Jeremiah had a vision concerning figs: 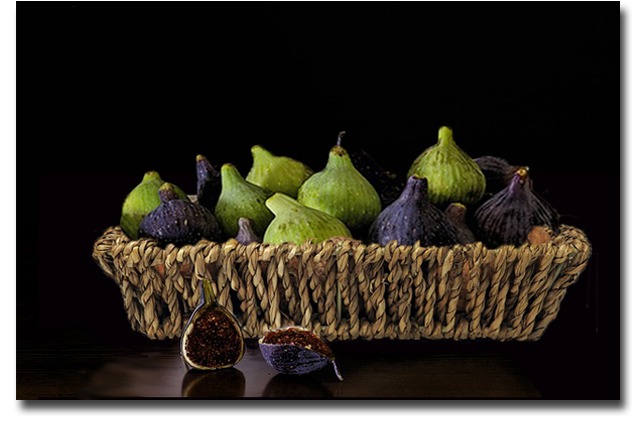 After Nebuchadnezzar king of Babylon had carried away captive [King] Jeconiah… and the officials of Judah… the LORD showed me: behold, two baskets of figs set before the temple of the LORD! One basket had very good figs, like first-ripe figs, and the other basket had very bad figs which could not be eaten due to rottenness. Then the LORD said to me, “What do you see, Jeremiah?” And I said, “Figs, the good figs, very good; and the bad figs, very bad, which cannot be eaten due to rottenness.” 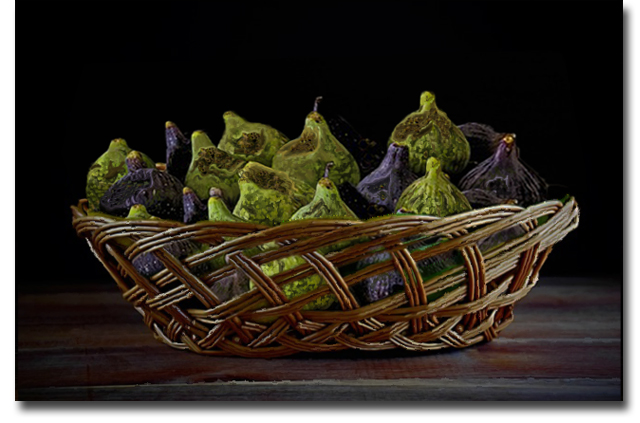 Then the word of the LORD came to me, saying, … “Like these good figs, so I will regard as good the captives of Judah, whom I have sent out of this place into the land of the Chaldeans… I will give them a heart to know Me, for I am the LORD; and they will be My people, and I will be their God, for they will return to Me with their whole heart. But like the bad figs which cannot be eaten due to rottenness” – indeed, thus says the LORD – “so I will abandon Zedekiah king of Judah and his officials, and the remnant of Jerusalem who remain in this land and the ones who dwell in the land of Egypt.”3

We see in this vision that the whole Jewish nation was divided into good figs and bad. The good figs were all who surrendered to the Babylonians/Chaldeans and went into exile in Babylon and the bad were those who didn’t. Why did God make this distinction? Because He was judging Israel for their widespread and unrelenting corruption:4 all who submitted to His punishment, He was promising to preserve; all who refused, He was going to abandon to their own devices:

Thus says the LORD, “Behold, I set before you the way of life and the way of death. He who dwells in this city will die by the sword and by famine and by pestilence; but he who goes out and falls away [i.e. surrenders] to the Chaldeans who are besieging you will live, and he will have his own life as booty.”5

We see then in Hosea and Jeremiah that the fig tree is a prophetic symbol of the whole nation of Israel and figs represent individual Jews, good figs who obey Him and bad figs who reject Him.

The Parable of the Fig Tree
Jesus then used this symbolism in a parable that He didn’t have to explain because they would’ve already understood it, even if they didn’t at the time fully comprehend its timing:

And He began telling this parable: “A man had a fig tree which had been planted in his vineyard; and he came looking for fruit on it and did not find any. And he said to the vineyard-keeper, ‘Behold, for three years I have come looking for fruit on this fig tree without finding any. Cut it down! Why does it even use up the ground?’ And he answered and said to him, ‘Let it alone, sir, for this year too, until I dig around it and put in fertilizer; and if it bears fruit next year, fine; but if not, cut it down.’”6

The owner of the vineyard and the fig tree is obviously God and the vineyard keeper is Jesus. For three years, God had looked for fruit in Israel in response to Jesus’ ministry but not found it.  He wanted to chop it down but Jesus interceded and asked for one more season.

It is at this time, after three and half years of Jesus calling on Israel to accept the kingdom of God, that He checks for fruit and curses the barren fig tree.

When evening came, they would go out of the city. As they were passing by in the morning, they saw the fig tree withered from the roots up. Being reminded, Peter said to Him, ‘Rabbi, look, the fig tree which You cursed has withered.’  And Jesus answered saying to them, ‘Have faith in God.7

The fig tree withering ‘from the roots up’ symbolises the nation of Israel, that is ‘according to the flesh,8 losing their place in the land and being sent once again into exile. As we know, this happened in 70 AD,  just as Jesus had predicted in 30 AD:

“But when you see Jerusalem surrounded by armies, then recognize that her desolation is near… because these are days of vengeance, so that all things which are written will be fulfilled… and they will fall by the edge of the sword, and will be led captive into all the nations; and Jerusalem will be trampled under foot by the Gentiles until the times of the Gentiles are fulfilled” 9

Notice, Jesus explicitly states that this exile will end and Israel will once again possess the beloved city when the Gentiles have been allowed to defile it for a time. Actually, for ‘a time, times, and half a time’10 or ‘forty-two months’,11 as I explain in full in Dancing in the Dragon’s Jaws.12 Happily for Israel, that time is now up and they recaptured Jerusalem in the Six Day War of 1967, although they handed back the Temple Mount…13

But Jesus hadn’t finished with His teaching about the fig-tree – He predicted it will sprout again and we should all be watching for that because it would herald His return.

“Now learn the parable from the fig tree: when its branch has already become tender and puts forth its leaves, you now that summer is near. Even so, you too, when you see these things happening, recognize that He is near, right at the door.”14

On 14th May 1948, the nation of Israel came back from the dead. After some 2,000 years of wandering from nation to nation as Moses and Jesus had predicted they would, the Jews finally regained their Promised Land.15.  See ‘Promised Land or Not?’

It’s wonderful they did, and that they recaptured Jerusalem nineteen years later, but even more, it is a sign of the times we live in:

“Truly I say to you, this generation will not pass away until all these things take place. Heaven and earth will pass away, but My words will not pass away. But of that day or hour no one knows, not even the angels in heaven, nor the Son, but the Father alone.”16

Lastly, let’s compare the fig tree with another very significant tree for Christians, the olive.

The Olive Tree
Jeremiah also prophesied about Israel being an olive tree: 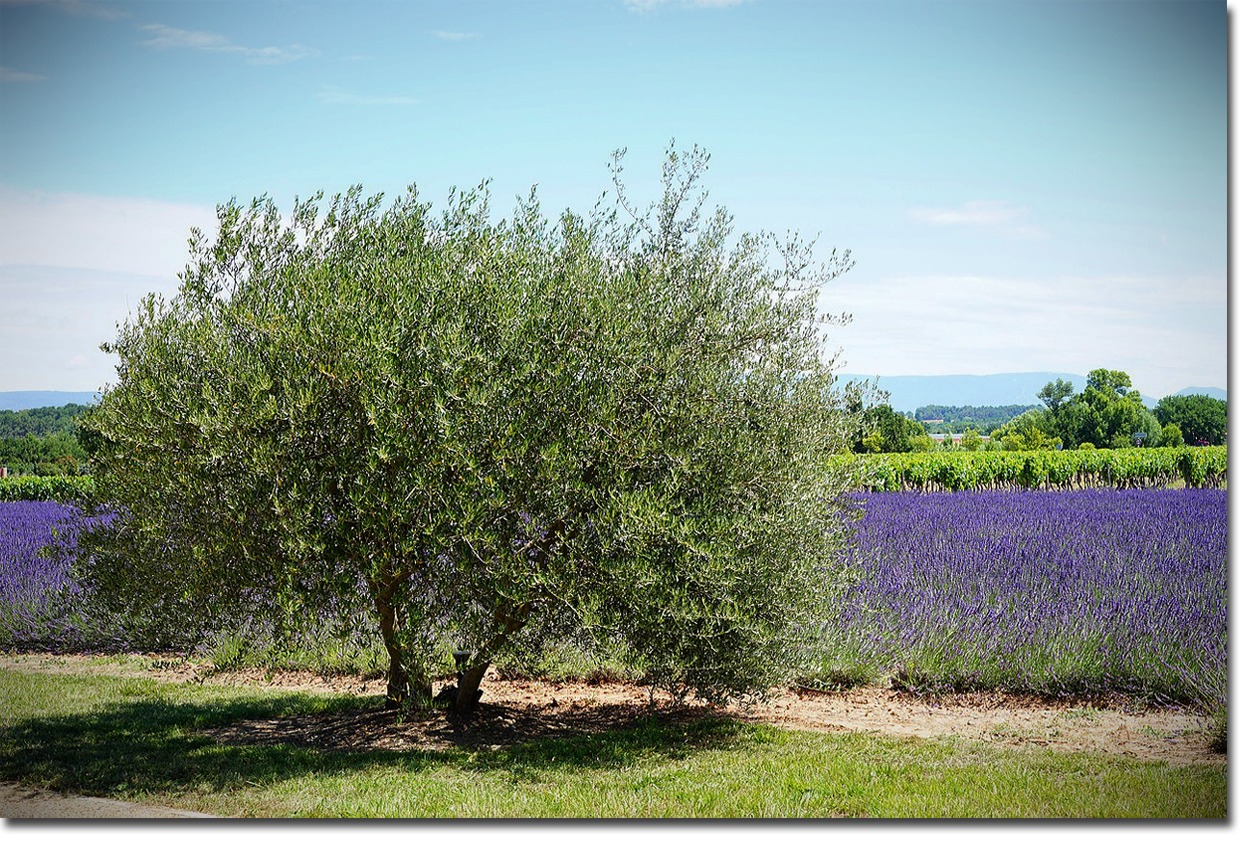 “The LORD called your name, ‘A green olive tree, beautiful in fruit and form’; with the noise of a great tumult He has kindled fire on it, and its branches are worthless. The LORD of hosts, who planted you, has pronounced evil against you because of the evil of the house of Israel and of the house of Judah…”20

This time, rather than unbelieving Jews being bad figs, they are portrayed as ‘worthless’ branches’. It is left to Paul, writing 600 years later, to explain the details to both Jews and Gentiles who have been grafted into the olive.

If the root is holy, the branches are too. But if some of the branches were broken off, and you, being a wild olive, were grafted in among them and became partaker with them of the rich root of the olive tree, do not be arrogant toward the branches; but if you are arrogant, remember that it is not you who supports the root, but the root supports you.21

Olive oil is a symbol of the Holy Spirit, seen most clearly in Israel’s ceremonial anointings.22 We see then that, whereas the fig tree is Israel ‘according to the flesh (i.e. all the natural-born descendants of Abraham, Isaac, and Jacob/Israel), the olive tree is spiritual Israel (i.e. originally all within Israel who were born of the Spirit but now including all Gentiles who have been born of the Spirit).

Paul therefore warns us Gentiles to learn from Israel’s broken off branches:

You will say then, “Branches were broken off so that I might be grafted in.” Quite right, they were broken off for their unbelief, but you stand by your faith. Do not be conceited, but fear;  for if God did not spare the natural branches, He will not spare you, either.23

We must remember God’s love and His justice:

Behold then the kindness and severity of God; to those who fell, severity, but to you, God’s kindness, if you continue in His kindness; otherwise you also will be cut off.24

We also see God’s grace to all who are willing to return to Him:

And they also, if they do not continue in their unbelief, will be grafted in, for God is able to graft them in again. For if you were cut off from what is by nature a wild olive tree, and were grafted contrary to nature into a cultivated olive tree, how much more will these who are the natural branches be grafted into their own olive tree?25

We can summarise the differences as follows:

Conclusion
We will remain in the olive tree if we continue to trust and obey Jesus; we should keep blessing all who belong to the fig tree until they’re also grafted back into the olive tree.