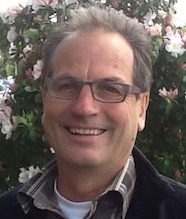 Dr Alistair Reese (Pākehā) is a theologian and historian1 with a particular focus on social reconciliation, seeking to strengthen the relationship between Māori2 and Pākehā3 in Aotearoa4 New Zealand. We’ve added footnotes to Māori words and phrases for the benefit of anyone unfamiliar with them.

There is a covenant in the land. Embedded. A treaty birthed at Waitangi.5 A relational protocol, providing a place to stand for all who belong. For as Judge Sir Taihakurei Durie reminds us: “We must not also forget that the Treaty is not just a Bill of Rights for Māori. It is a Bill of Rights for Pākehā too”. Hence tangata whenua6 and tangata tiriti.7 It is a multi-purposed accord which is able to support a foundation for a government and all its citizens offering a pathway to a peaceful and mutual flourishing. This treaty is a living taonga,8 one that continues to inspire vigorous debate, with its complex mix of written, aural and oral elements.

The Fourth Article of the Treaty
However, despite its historical and cultural significance, the fourth article of the Treaty,9 the oral, has often been neglected. To rectify this, a petition to Parliament and a claim to the Waitangi Tribunal10 has been launched by two Tauranga11 kaumātu12, the late Huikakahu Kawe, Patrick Nicholas and myself. Sign the Petition – open till the 22.9.2022

Given the public’s unfamiliarity with this article, though, some historical explanation is called for.

First, how do we define this reconciliatory pact? This houhou i te rongo.13 A succession of esteemed rangatira14, Māori and Pākehā alike, have variously described our Treaty as a covenant, a sacred oath, a taonga.

According to Governor Thomas Gore Browne in 1860, the Crown had entered into a covenant with Māori. Others have used similar sacred language to describe the compact.

Hone Heke emphasised its tapu15 nature, comparing it to the Bible16 – “it is even as the word of God” – while missionary Henry Williams underlined its constitutional qualities, referring to it as “our Magna Carta”.17

Treaty signatory Te Ruki Kawiti had a vision of the Treaty as ngā papa pounamu – a sacred foundation. In 1934, the Governor General Lord Bledisloe, borrowing a concept from Māori, saw the Treaty as a doorway for reconciliation. He declared: “Let it be a tatau pounamu18 for us all.”

However, despite the mana19 of the Treaty, it also reflects its name, Waitangi20 or weeping waters. That was echoed by Bishop Whakahuihui Vercoe in his speech at the Treaty Grounds in 1990. Paraphrasing a well-known Psalm,21 he improvised:

I te taha o ngā wahi o Waitangi, noho ana tātou i reira. A, e tangi ana tātou ka mahara kia Hiro.
By the waters of Waitangi we sat down. We wept when we remembered our homeland… 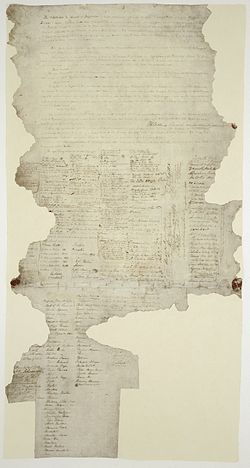 The bishop pointed to how the Treaty had been dishonoured, and his people marginalised. For as much as the Treaty has been heralded, it has also been dismissed, neglected and considered a “worthless, simple nullity”. Even rodents have shown their disdain, abandoning the Treaty parchments only partially eaten.

Yet the Treaty survives and even thrives, in a variety of contexts and settings. It is referred to in legislation, opined about in newspapers, is the subject of workshops and wānanga22 and upheld constitutional hui23across the land.

Its enduring nature hints at a living essence. Even Don Brash24 has referred to the spirit of the Treaty, perhaps unwittingly acknowledging what others have long maintained.

The Treaty then, is more than mere words written on parchment; it is imbued with an indomitable quality which sustains the hopes and dreams of generations.

Ironically for such an influential document, the Treaty’s formation appears to be serendipitous and almost haphazard. But perhaps its unique provenance is simply a reflection of its organic qualities. A brief chronology will illustrate this dynamism as well as highlighting the right of the Oral section to be considered a legitimate article of the Treaty.

The Treaty’s Historical Context
In 1814, following the invitation of Ngāti Torehina25 chief Ruatara, missionaries arrived in Aotearoa.26 Within 10 years, Henry Williams’ mission station in Paihia provided a stark contrast to the burgeoning “hell hole” of Russell. Hell was visibly contrasted to heaven.

Many missionaries were drawn into the complex socio-political challenges of the day. Close relationships with northern rangatira27 led to them being involved with inter-hapū28 peace-making and mediation in Crown-hapū negotiations.

In 1831, 13 northern rangatira petitioned King William IV seeking an alliance with Britain “lest strangers should come and take away our land”. In response, the Crown sent James Busby to New Zealand to represent their interests.

During his term, The Confederation of New Zealand Tribes grew in influence, a national flag was created, and in 1835, He Whakaputanga/the Declaration of Independence29 was formulated. This was an epoch-defining document, whereby the Crown acknowledged the independence of Nu Tireni,30 and asserted the “sovereign power and authority of the United Tribes”.

However, there seemed to be a need for a more comprehensive agreement between the Crown and tangata whenua.

Treaties were not a new concept for Māori. Reconciliatory protocols, such as tatau pounamu31 and houhou i te rongo 32 had been in use for centuries. Equally, European understandings of treaties drew upon millennia of tradition, including the Hebrew covenantal treaty model of berit (which means “promise” or “pledge”) and the 1215 Magna Carta.

And let us not forget: “He Whakaputanga33 te tuakana34, Te Tiriti te teina,”35 a Ngāpuhi36 reference to the Declaration as the older sibling. The Waitangi treaty was not shaped in a historical vacuum but formed on the shoulders of He Whakaputanga.

The Treaty’s Evolution
On January 29, 1840, Hobson arrived in the Bay of Islands and drafted a treaty based on the instructions of the British Secretary of State for the Colonies, Lord Normanby. Over the next few days, the draft was shaped and extensively modified.

On February 4, Henry Williams and his son Edward translated the draft treaty into te reo37 Māori. They were given only 24 hours to find words that would best hold the wairua 38 of the Treaty’s intention.

The draft passed through various hands, as modifications and changes were made. He Whakaputanga was not forgotten as the words of the Treaty were crafted. For example, the word “huihuinga” chosen by Williams for “gathering” was replaced by Busby with the carefully chosen term “whakaminenga” or “confederation” to acknowledge that the Crown was entering a treaty partnership with the United Tribes. That reflected the link between He Whakaputanga and the Treaty.

On February 5, the draft treaty’s overnight rendering into a te reo document, Te Tiriti, with its own distinct meaning and mana39, was read aloud by Williams to some 500 Māori – and was greeted by “a profound silence”. Then, for several hours, chiefs spoke for and against the Crown proposal. At day’s end, the participants retired to their various enclaves, but rangatira40to deliberate into the night and Henry Williams remained with them to explain and respond to the challenges and questions posed.

He told Māori that they would be “one people with the English, in the suppression of wars, and of every lawless act; under one Sovereign, and one Law, human and divine”.

On the morning of February 6, rangatira gathered again on Busby’s lawn to continue the deliberations. Despite the Governor’s unpreparedness for this gathering, he was willing to proceed with the impromptu hui but discouraged further discussion and proposed that the signing should begin immediately.

Te Tiriti, the Māori-language document, was then read aloud by Henry Williams. However, before Te Tiriti could be signed, the Catholic Bishop Jean-Baptiste Pompallier interrupted the proceedings with the request:

Henry Williams consulted with Hobson, who responded: “Most certainly”. And he expressed his regret that Pompallier had not made known his wish earlier, as his “desire should have been embodied in the treaty”.

Williams then inquired whether the same protection would be afforded to all faiths. On receiving an affirmative response, he took some more paper and wrote this addition to the Treaty:

Williams then read this out in Maori to the gathered rangatira. Unfortunately, the piece of paper was lost but we do have eye-witness accounts such as William Colenso’s.

This then is the addition to the Treaty now referred to as the fourth article. This article ensures that Māori and Pākehā alike have the freedom and protection to practise their religion, faith and cultural customs.

In the same way as written additions and modifications were made to the early drafts, the fourth article is an organic development within the treaty-forming process, and as such, an integral element of the compact.

The Oral Article, as negotiated by Bishop Pompallier with Governor Hobson, written and proclaimed by Henry Williams, was witnessed and agreed to by the assembled rangatira and it merits full inclusion in our understanding of the Treaty.

Signing Te Tiriti
When the time came to sign Te Tiriti, Hone Heke was the first to respond, followed by 40 other rangatira. Every signatory affirmed with a tohu or signature, based on what they had heard, not what they had read. The Treaty is firstly an oral covenant before it is a written one. As each chief approached the signing table, Governor Hobson shook their hand and pronounced:

“He iwi tahi tatou.”
We are now one people.

Contrary to the claims of the Hobson’s Pledge lobby, the Governor’s affirmation of unity is not an attempt to subsume Māori and Pākehā into a homogenous group. But more likely it is a Henry William’s inspired biblical reference to the covenantal union of two distinct people groups, Jews and Gentiles. To quote the scripture:

Two former “enemies” became “one people” while still retaining their identity: tangata whenua and tangata te tiriti.  Thus, the Treaty is a template for the peaceful coexistence between peoples. Reconciling differences. It affirms the rights of the original inhabitants and provides for a just entrance into the land for new settlers and guarantees religious freedom. It is an inspired agreement, imbued with a sacred tapu quality via a divine presence. A presence invoked in 1840 by karakia,41 prayer and waiata42 — reflecting the tikanga43 in the public square of 1840 Nu Tireni.44The formation of our covenant has been an evolutionary one, which speaks to the living-quality and humanness of the Treaty and invites us to consider the spirit of the agreement.

Textual or legal analysis is important but not exclusively so. Context yields wider meaning. Thus, discovering the journey of the Treaty’s historical formation and engaging in ongoing community conversations informs how we can best apply our commitment in daily decision making.

Our Treaty is a living taonga45 and not simply an artefact. Like the Magna Carta before it, this compact will yield fertile and significant meaning for the communities for whom it was intended to serve. Especially if those communities strive together to forge meaning in a spirit of cooperation – the same spirit that moved people to wānanga46 together to find a solution in troubled times over 180 years ago.
Sign the Petition – open till the 22.9.2022