We’re often told today that the Jews are the “colonisers” and “imperialists” in the Middle East but who’s fact-checking this? Obviously, the building of Jewish settlements in the West Bank is a complex issue which must be carefully negotiated to create a second Palestinian Arab state (Jordan being the first) but, all too often, rhetoric is obscuring reason. It seems to me that many are standing too close to the Palestinian tree to see the Arab forest. 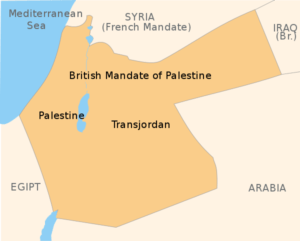 For the next eighteen hundred years, the Jews were scattered throughout all the nations of the earth but small communities clung to the land, despite special taxes and persecution from both Christian and Muslim overlords. From at least the 16th Century, their annual Passover and Yom Kippur holy days ended with the prayer, “Next year in Jerusalem!” Finally, in November, 1947, their historic link to what had become known as the Mandate of Palestine was recognised by the United Nations. Only 23% of the mandated territory was left due to the creation of the Arab state of Jordan in 1922 on the other 77%. However, the Jews accepted the UN’s proposed share of 56% of that little bit, i.e. just under 13% of the Mandate of Palestine, and declared their independence on 14th May, 1948.

The Arabs declared this the Nakba, i.e. the Catastrophe – unhappy with their 87%, they rejected the U.N. resolution, Jordan invaded and annexed the West Bank and East Jerusalem while the Egyptians seized the Sinai Peninsula and Gaza. The cease-fire lines became de facto national boundaries until the Six Day War of June, 1967, when the Jews captured the West Bank and reunited Jerusalem. Accordingly, their critics charge, they are imperialists colonising the West Bank and Jerusalem.

As for the Arab back-story,  though of similar antiquity, they were not united until Muhammad rose up with an Arabian religion in the 7th Century A.D. They burst out of Arabia, conquering Syria in about 636, Palestine in 638, Egypt in 641, and Mesopotamia and the Persian Empire by 650. By the early 8th Century, they had conquered, to the west, all of North Africa and the southern tip of Europe (today’s Spain, Portugal, and Provence), and to the east, the lands of central Asia and northern India (today’s Pakistan). 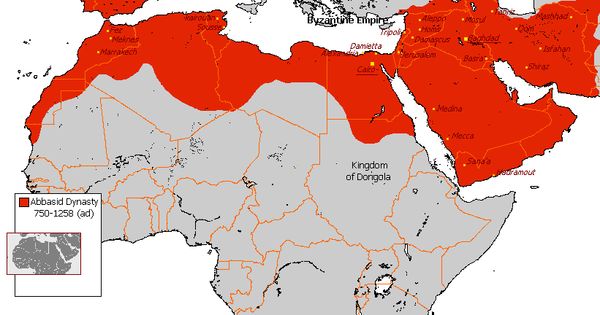 Ibn Khaldun, their 14th Century historian, recorded: “at the end of the eighth century [Islamic calendar, so our 14th Century] the situation in the Maghrib [North Africa], as we can observe, has taken a turn and changed entirely. The Berbers, the original population of the Maghrib, have been replaced by an influx of Arabs [from] the fifth [our 11th] century. The Arabs outnumbered and overpowered the Berbers, stripped them of most of their lands”. He adds, the Arabs were aided by a plague, “obtaining a share of those that remained in [the Berbers’] possession as, in the middle of the eighth [our 14th] century, civilisation both in the East and the West was visited by a destructive plague which devastated nations and caused populations to vanish”.1

As for the disputed territories of Sinai, Gaza, the West Bank, and Jerusalem, in 1980 the Jews gave back the 60,000 sq kms of the Sinai to the Egyptians in return for a peace-treaty. In 2005, they handed over the 365 sq kms of Gaza to the Palestinian Arabs, creating Hamas’s launch pad for an estimated 15,000 rockets and two wars. Today, the Jews are being asked by the United Nations to give up more – the West Bank and East Jerusalem – so the Arab Empire can have nation no. 22.

The European Empires – Belgian, Dutch, Italian, German, Portuguese, and Spanish – relinquished their colonies in the 20th Century; the British and Americans formally renounced their colonial ambitions in the Atlantic Charter of 1941. The Arabian Empire has done neither.

The situation is further complicated by religious and cultural colonialism. The Arabian religion of Islam spread the language and culture of Arabia because their holy book, the Qur’an, is written in Arabic, a language now spoken by 420 million, who outnumber the 9 million Hebrew speakers 47 to 1. This Arabian religion claims the Jews’ most holy site, the Temple Mount in Jerusalem, as their third holiest shrine after Mecca and Medina, even though the Qur’an doesn’t mention it and Muhammad was never there. When Israel reunited Jerusalem in 1967, as a gesture of goodwill they returned the Temple Mount to the custody of the Waqf, the Islamic authority – today, only Muslims are allowed to pray there, rioting if Jews or Christians try to. Islam has 1.7 billion followers, a quarter of the world’s population, outnumbering the Jews 119 to 1.

It seems this is why UNESCO, the United Nations’ body tasked with preserving the world’s cultural heritage, refers to the Temple Mount, sacred to the Jews for 3,000 years, only by Arabic names, “Al-Aqṣa Mosque/Al-Ḥaram Al-Sharif and its surroundings”.2 They have also labeled the sacred Jewish sites of the Tomb of Rachel in Bethlehem and Hebron’s Tomb of the Patriarchs (the burial place of Abraham, Isaac, and Jacob) as Palestinian. 3 Bethlehem was also the birthplace of Jesus and a Christian enclave until Jordan captured it in 1948 so today, its population is 80% Muslim. Are we now to accept their enthusiastic claims that Jesus was a Palestinian Muslim? 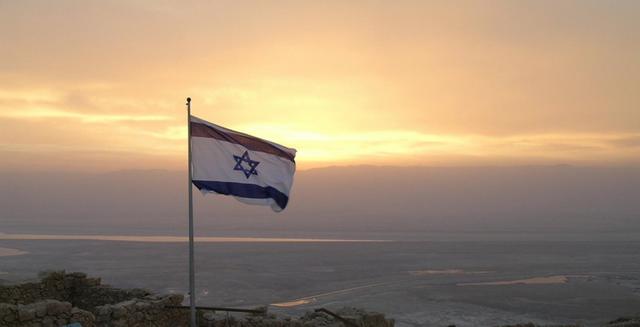